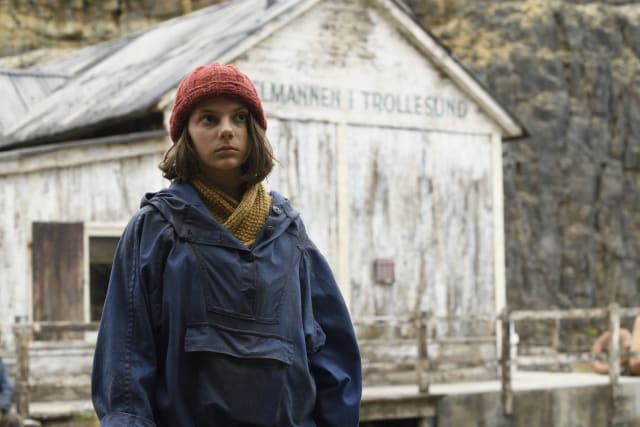 His Dark Materials will return to the BBC for a third series with Ruth Wilson reprising her role as Mrs Coulter.

Filming on the new episodes – which will be based on The Amber Spyglass, the third part of Sir Philip Pullman’s original trilogy of novels – will begin in Cardiff next year.

Dafne Keene will return as Lyra, while Amir Wilson will be back as Will.

The series will again be helmed by executive producers Jane Tranter and Dan McCulloch for production company Bad Wolf, while lead screenwriter Jack Thorne will be joined as executive producer by season two writer Francesca Gardner.

Ben Irving, commissioning editor for BBC drama in Wales, said: “It’s been a joy to see how His Dark Materials has brought British TV audiences of all ages together on BBC One and BBC iPlayer.

“Fans of Philip Pullman’s incredible books, and newcomers alike, have been enthralled by adventuring with Lyra and Will through multiple worlds.

“We are thrilled that they will be able to continue their journey in a third series of this beautifully realised drama.

“Our thanks to our partners at HBO (which airs the show in the US) and the dedicated creative team at Bad Wolf for making a landmark series that will continue to be watched and enjoyed on the BBC for years to come.”

Tranter added: “His Dark Materials has been a truly global TV experience and a personal career highlight. The creative team at Bad Wolf in Cardiff made the impossible possible and brought Philip Pullman’s worlds into vivid life.

“To see that hard work and dedication applauded and embraced by fans around the world has made all the hard work worthwhile.

“None of this would have been possible without the wonderful commitment and conviction of the BBC and HBO. I am excited, thrilled and honoured to be making the third part of Philip Pullman’s trilogy with their support and encouragement.”

The second series of His Dark Materials launched in the UK with almost six million viewers on BBC One.