First look at This Time With Alan Partridge series two 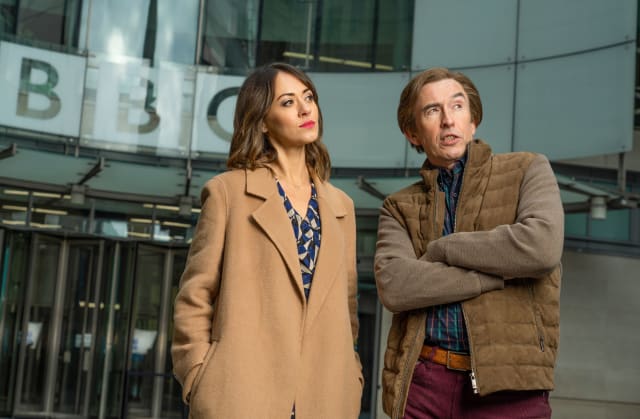 The BBC has shared a first glimpse at the second series of This Time With Alan Partridge.

Steve Coogan reprised his role as the inept TV presenter for the acclaimed comedy, which spoofs programmes such as The One Show.

The second series sees Partridge, now established as the show’s co-presenter, fighting to stay on air amid behind-the-scenes upheaval and fears his relevance is dwindling.

The first image released from the new episodes shows Coogan as Partridge outside Broadcasting House alongside co-presenter Jennie, played by Susannah Fielding.

Series one of This Time With Alan Partridge arrived in 2019 and was well-received by viewers.

Coogan played his most famous comic creation in I’m Alan Partridge, which ended in 2002.

This Time With Alan Partridge series two is coming to BBC One and BBC iPlayer in 2021.