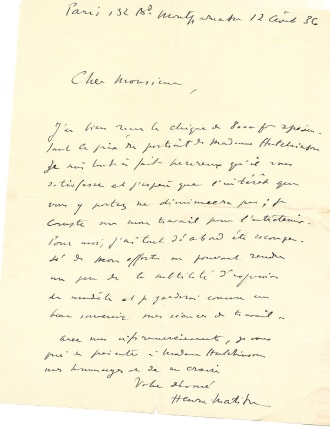 The archive of a barrister who defended Penguin Books over its publication of Lady Chatterley’s Lover is among objects worth almost £65 million accepted for the nation in lieu of tax this year.

The total value of items accepted through the Acceptance in Lieu and Culture Gift Schemes is at a record high, organisers said, settling tax of £40 million.

He was famous for serving on the team that defended Penguin Books over its publication of DH Lawrence’s Lady Chatterley’s Lover and for representing the drug-smuggler Howard Marks.

The archive was accepted from the estate of Lord Hutchinson and allocated to the University of Sussex.

The political, business and personal archive of Peter Carington, 6th Baron Carrington, who was foreign secretary under Margaret Thatcher was allocated to the Churchill Archives Centre.

Other objects allocated to museums around the UK include the archive of artist and record sleeve designer Barney Bubble, which has gone to Liverpool John Moores University.

A collection of fossils of some of the earliest land-dwelling creatures in the British Isles has gone to the National Museum of Scotland.

It was previously announced that paintings showing the first gay kiss in British theatre history have been allocated to Pallant House Gallery in Chichester.

UK taxpayers can donate works to the nation in exchange for a tax reduction as part of the Culture Gifts Scheme, while Acceptance in Lieu allows taxpayers to settle Inheritance Tax or one of its earlier forms.