Bill Bailey: I hope my Strictly performances inspire other men my age to dance 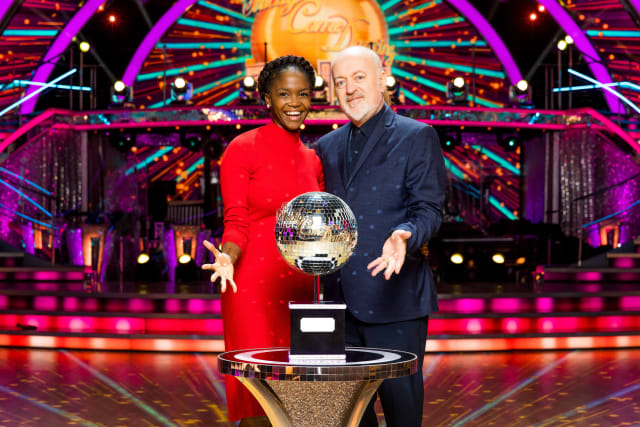 Bill Bailey has said he hopes being on Strictly Come Dancing will inspire others to dance including “blokes of his age”.

The 55-year-old will be taking to the dance floor with professional Oti Mabuse during Saturday night’s finale.

The couple will perform a quickstep to Bobby Darin’s Talk To The Animals, a showdance to Queen’s The Show Must Go On and their couple’s choice dance to Rapper’s Delight by The Sugarhill Gang.

Speaking at a webinar ahead of the final, he said of being an inspiration to others: “I hope so, I really do. I sincerely hope so, if that is the result, the consequence of me being on the show then that’s wonderful.

“You know blokes feel sometimes a bit self-conscious, particularly blokes of my age, they feel like, ‘Oh I’ll be called the dad dancer’, and I think if me showing that I can get out there and look, you know, sort of a little bit more than somebody just shuffling about, then why not?”

They will compete against Jamie Laing and Karen Hauer, HRVY and Janette Manrara and Maisie Smith and Gorka Marquez.

During his stint on the series, the comedian and actor has served up some impressive performances.

During movie week, he and Mabuse, who won the show last year with Emmerdale actor Kelvin Fletcher, performed a paso doble to The Good, The Bad And The Ugly theme.

Judge Craig Revel Horwood said: “If you keep going like this my darling, I think we will be seeing you in the final.”

They received a combined score of 26 points, putting them second on the leaderboard.

A dramatic tango to Metallica’s heavy metal track Enter Sandman was also much talked-about, as the dance floor was transformed into a guitar and the comedian struck the sign of the horns hand gesture, popularised by the band Kiss.

Their couple’s choice dance, performed in week four, and which they will reprise in the final, earned them a 10 from judge Shirley Ballas and an overall score of 27 for that week.

On the prospect of winning, Bailey said: “Well I think we have just been focusing on the dances, trying to get them right but of course you sometimes allow yourself a moment to imagine what it would be like and of course it would be wonderful.

“It would be an amazing way to cap off this extraordinary experience for me and of course it would be amazing for Oti.”

– The Strictly Come Dancing finale airs on BBC One on Saturday December 19 at 6pm.