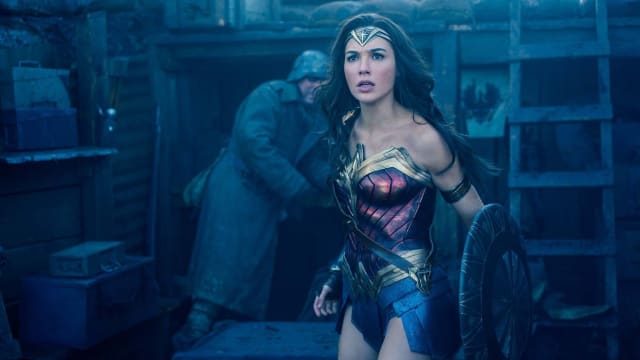 Gal Gadot is back on screens as Wonder Woman with the sequel to 2017’s film.

With the coronavirus pandemic wreaking havoc on the film industry, it is one of a few titles slated for a cinematic release in the UK and Ireland.

But how does the new film shape up?

Who is in it? Alongside Gadot, there’s a star-studded cast which includes Chris Pine, Pedro Pascal, Kristen Wiig, Connie Nielsen and Robin Wright.  Patty Jenkins returns at the helm as director.

In 2015, when principal photography began on the first Wonder Woman, if you had asked director Patty Jenkins to make a wish, it’s unlikely she would have entertained the possibility that her action-packed blockbuster might become the highest grossing film of all time helmed solely by a woman.

With worldwide box office takings in excess of 820 million US dollars for the superpowered origin story, it’s no surprise that the Amazonian princess is brandishing her lasso of truth in a turbo-charged sequel.

Wish-fulfilment is at the heart of Wonder Woman 1984, a muscular and occasionally thrilling cautionary tale set during the Cold War when tensions remain high between the United States and the Soviet Union.

The fantastical conceit grants filmmakers’ wishes to reunite the core cast of the original film and shatter broken hearts into tiny shards a second time.

Action set pieces are staged with brio with minimal digital effects, which allows cameras to closely shadow Gadot as she somersaults over and beneath a moving military convoy.

A gravity-defying showdown, which required actors to spend months training on wires with performers from Cirque du Soleil, is a whirling, breathtaking spectacle.

The organic, ‘blood, sweat and tears’ approach to key sequences is a refreshing antidote to CGI overload, which frequently proves the downfall of comic book romps.

Diana Prince (Gadot) now works as an archaeology expert in the halls of the Smithsonian Institution.

She has found her calling as mankind’s secret protector, although she is still haunted by the loss of American pilot Steve Trevor (Pine) during the battle with Ares at the end of the First World War.

Elsewhere in Washington DC, Maxwell Lord (Pascal), CEO of Black Gold Cooperative – “The oil company run by the people for the people” – discovers a way to grant wishes.

Wonder Woman 1984 opens with a terrific throwback to Diana’s childhood on the island of Themyscira with her mother (Nielsen) and aunt (Wright).

Gadot plumbs her character’s grief and solitude in between dazzling acrobatics, while Wiig transitions from broad comedy to jealousy and self-loathing as her apex predator villain manifests.

Pascal’s chief antagonist feels dramatically underpowered even with the addition of an emotionally manipulative subplot involving a young son.

Fans will be hoping Jenkins’ sequel matches the original for vertiginous thrills and spills. Wish granted.

What is the release date?

The film is due for release in cinemas in UK and Ireland on December 16.