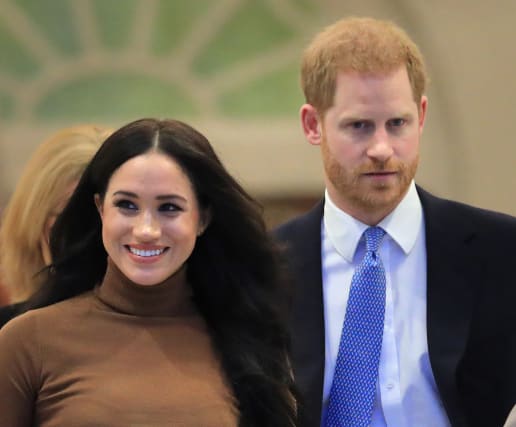 The Duke and Duchess of Sussex have signed a lucrative deal with Spotify to host and produce podcasts to highlight “different perspectives and voices”.

Harry and Meghan’s production company Archewell Audio has gone into partnership with the streaming service for an undisclosed sum, estimated to be worth around 25 million dollars (£18 million) for their charitable body Archewell.

The announcement came a few months after the couple signed a Netflix deal to produce a range of programmes and series, rumoured to be worth more than £100 million.

Public relations expert Mark Borkowski hailed the development as another significant move as the couple establish their global brand, but warned they now have to produce the documentaries and podcasts that will capture the audience’s imagination.

A trailer on the streaming service’s website features the duke and duchess promoting the podcast deal, with Harry saying: “That’s what this project is all about, to bring forward different perspectives and voices that perhaps you haven’t heard before and find our common ground.

“When that happens, change really is possible.”

Mr Borkowski said: “I think it’s really impressive, what they’re doing, and for all the naysayers saying ‘they’re going to be a non-entity’ – that’s a UK perspective. They’ve got a global perspective, and more importantly a North American perspective, and each shot is a bit of a bullseye.”

But he sounded a note of caution: “Their one million dollar moment is whether or not the hype about all these corporate deals they’re doing with entertainment and tech giants will ultimately match the output.”

There are likely to be questions asked about the couple’s deal as Spotify is among a group of audio streaming services being examined by the Digital, Culture, Media and Sport Committee.

There has been increased scrutiny of the business models of platforms such as Spotify, Apple Music, Amazon Music and Google Play after artist revenue from live performance was hit by Covid-19.

The Musicians’ Union and the Ivors Academy have described streaming royalties as “woefully insufficient”.

Netflix has been in the headlines over its popular series The Crown, after critics claimed it was not doing enough to ensure viewers know its depiction of the British monarchy is a work of fiction.

Speaking about the new project, Meghan says in the trailer: “This is also a moment to celebrate kindness and compassion, something we saw in so many places this year, and which will underlie everything you hear from Archewell Audio.”

She said about their first podcast, due for release during the Christmas period: “We’re talking to some amazing people, they’re going to share their memories that have really helped shape this past year which has been, as we know, a difficult one for everyone.”

Harry added: “So many people have been through so much pain this year, experiencing loss, a huge amount of uncertainty, but it feels worth acknowledging that 2020 has connected us in ways we could have never imagined, through endless acts of compassion and kindness.”

Professor Jonathan Shalit, chairman of the talent agency InterTalent, estimated the deal as being worth 25 million dollars over a number of years, and said as the partnership is with an Archewell subsidiary it is likely the money will go to their charitable body.

He added: “I think this is a fantastic move and very astute, to have the Duke and Duchess of Sussex associated with Spotify adds real kudos.”

Earning money is problematic for the royal family with some finding their business interests causing them issues.

The Earl of Wessex had his own television production firm called Ardent but he found himself in a bitter feud with his brother the Prince of Wales when one of his crews was found filming the Duke of Cambridge when he was studying at university – in defiance of a request for media to leave him alone.

The Queen’s eldest grandson Peter Phillips, who is not an HRH and does not carry out royal duties, prompted headlines when he appeared in an advert for milk in China.