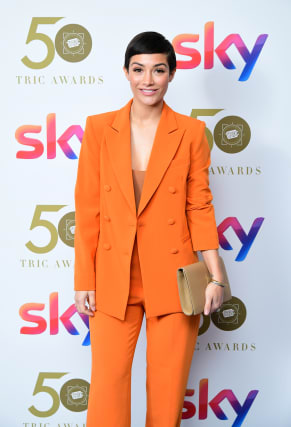 Nelson, 29, said on Monday that being in the band had “taken a toll” on her mental health.

She was part of the group for nine years.

The Saturdays star Bridge praised Nelson during an appearance on the BBC’s Morning Live programme as she also revealed that the move had made her “really sad”.

“I think they’ve had such a successful career and they’re obviously all really close,” she said.

“I feel like the girls clearly support her decision but it must have been really hard for them all, and especially for Jesy to walk away from something she’s obviously always wanted.

“So, I just hope that now the public and the press give her that time that she needs and that space.”

Bridge added that “to be brave enough to take that step is a really big thing”.

“You know there’s probably lots of people before her that weren’t brave enough to do that, so she’s setting a really good example to all the young fans that love Little Mix already, to say look, success is amazing but your health and wellbeing has to be at the forefront.”

She said: “There comes a time in life when we need to reinvest in taking care of ourselves rather than focusing on making other people happy, and I feel like now is the time to begin that process.

“So after much consideration and with a heavy heart, I’m announcing I’m leaving Little Mix.

“I need to spend some time with the people I love, doing things that make me happy. I’m ready to embark on a new chapter in my life – I’m not sure what it’s going to look like right now, but I hope you’ll still be there to support me.”