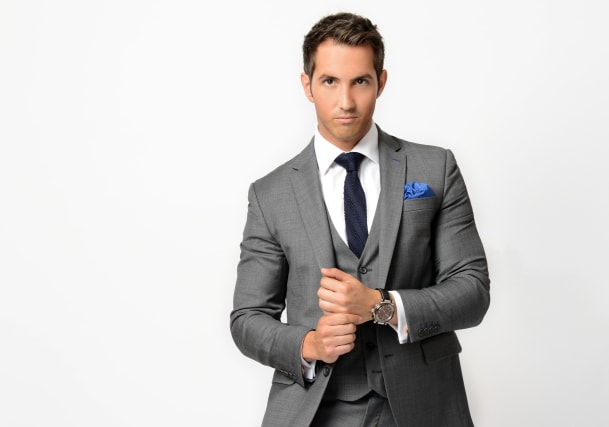 A singer will take part in a concert after cycling 300 miles to raise money for mental health charities.

Tenor David Webb, 36, will begin his journey from Cornwall to London on “Blue Monday”, the most depressing day of the year,  a day after performing at Truro Cathedral.

On the way, during the January trip, he will sing at Exeter Cathedral while his final recital will take place at Wigmore Hall, where he hopes to arrive just “in time to rehearse” at the London venue on the morning of the event.

He added:  “It’s a stark reminder that whilst technology and the world around us has changed, our basic human emotions haven’t.”

Webb, who was previously in a relationship with Strictly Come Dancing pro Karen Hauer, hopes to raise £5,000 for charities Mind and Music Minds Matter, for two people to have counselling and therapy once a week for a year.

The tenor, who has been “vocal about my own battles with mental health” and his “darkest days,” added: “This year, more than ever, we need to look out for each other in all aspects of life, and I hope that as a collective we can help make a difference by raising funds for these charities.”

At Wigmore Hall, he will share the stage with fellow singers at the January 29 concert.

Wigmore Hall has announced 36 concerts in January and its director John Gilhooly said the classical music venue was taking “steady steps … towards recovery” with the performances.

“Meanwhile, in cold damp January, I hope David’s courageous project will bring comfort and solace, as well as bring urgently needed attention to the issue of mental health confronting so many people at this time,” he said.

Audience capacity is currently set at 35% in Wigmore Hall, while 15 of the concerts will be live streamed in high-definition video on the venue’s website.