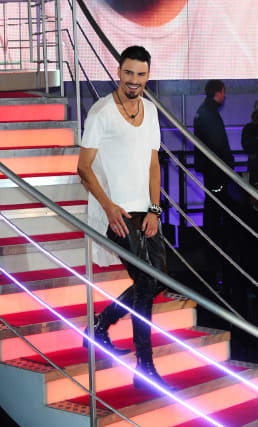 Rylan Clark-Neal has revealed that he was paid £100,000 to appear on Celebrity Big Brother.

Clark-Neal was a housemate in the 11th series of the Channel 5 reality show in 2013.

He made it to the final five, competing against names including Steps star Claire Richards and actor Ryan Moloney, and was eventually named the winner.

The current It Takes Two host revealed the figure to Louis Theroux on his Grounded podcast.

At the suggestion it was a high sum, he added: “Yeah, I’ve never said that. I think that is the first time I’ve ever said how much I got paid to go on Big Brother.

“But when you realise how much money there is in television and what other people get paid to do the same experience or less than you, it’s quite, quite shocking sometimes”

Asked about the larger amounts paid to celebrities, he said: “I’ve known very big payments for people to go into that house. I mean some people have been paid half a million pounds and got evicted first, put it that way.”

Clark-Neal suggested he was more hated than Jimmy Savile while he was competing on the X Factor in 2012, where he proved a controversial contestant and clashed with judge Gary Barlow.

He said: “There was two people on the front pages of the papers at the time that I was on X Factor. It was me and Jimmy Savile and six out of seven days I’d get worse press than him like that says something.”

Theroux questioned whether he was truly compared to a paedophile at that time.

Clark-Neal replied: “They were just saying I don’t deserve it, I’m robbing people of places, which is fine…

“The only reason I found it difficult – I’d just sit there and think about my mum.

“I told her: ‘Don’t read nothing, don’t look at anything, just let me do what I do. I know what I’m doing, let me just do it. Trust me, trust me. It’s going to be difficult but just let me do it’.”