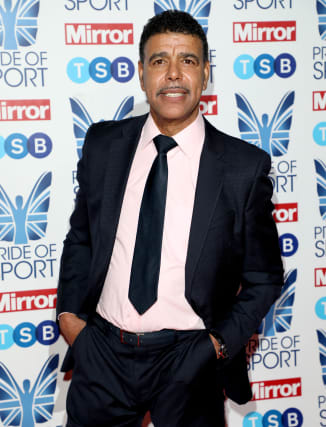 Chris Kamara has admitted he wasn’t a “big fan” of Christmas as a boy, despite it falling on his birthday.

The former footballer and Sky Sports pundit, 62, said his parents struggled to buy him presents for either occasion and that it was a “bonus” if he received even one.

Kamara, affectionately known as “Kammy” to sporting fans, had not been able to celebrate Christmas fully until he was 38 years old and retired from football.

But the ex-sportsman said he was now able to enjoy the day fully, describing himself as “a good time fella”.

Kamara, who recently released his second Christmas album, told the PA new agency: “It’s been fabulous over the last few years with the grandkids and everything has just been amazing. Hopefully we can have a decent Christmas this year under different circumstances.

“But for a long time I wasn’t a big fan of Christmas. We didn’t have a lot of money when I was growing up. My mum and dad were poor. We were poor. So with my birthday being on Christmas Day when I was a kid growing up if I got one present that was a bonus, never mind two. One for Christmas and one for my birthday.

“And then obviously since the age of 16 I have played on Boxing Day for 22 years so Christmas Day has never been a day where I can let my hair down and enjoy my birthday. Not until I was 38.

“I’ve made up for it since then by the way. It’s a long time for someone not being able to celebrate their birthday in the way that I celebrate, if you know what I mean.”

Kamara was a tough tackling midfielder throughout a professional football career that took him to clubs including Portsmouth, Brentford and Bradford City.

Since retiring from the game, he has become one of the country’s best-loved pundits and is a regular on Sky Sports’ Soccer Saturday alongside host Jeff Stelling.

Last Christmas he surprised the music world by releasing a festive album, Here’s To Christmas, which reached the top 10 and prompted comparisons to Frank Sinatra

He recently released a follow-up, …And A Happy New Year, featuring classics and two originals written from him by Richard Scott and Kelvin Andrews.

Kamara said he had been asked to record an album of non-Christmas songs but wanted to avoid making solid plans.

He said: “The record company, Silva Screen Records, have more than suggested it for next summer, about bringing out normal songs.

“But I said to my agent the only problem with planning ahead is you fall flat on your face.

“If this one is not a success then the record company might think again. And because we have already got our hearts set on doing something, I don’t want them to be forced into doing it, so let’s just take everything in our stride.”

…And A Happy New Year is out now.