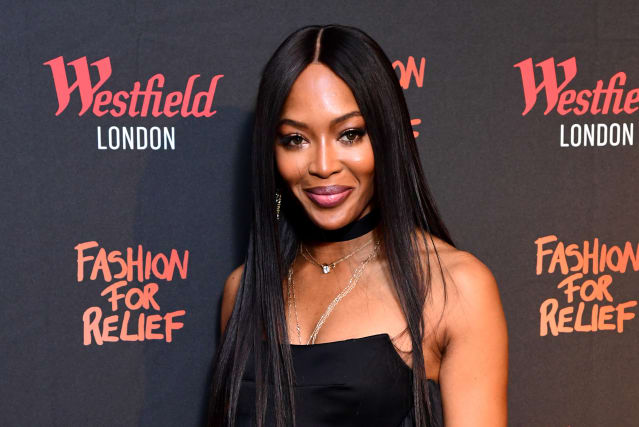 Naomi Campbell has labelled the UK's treatment of the Windrush generation as "shocking and upsetting".

The supermodel told Times Radio that Jamaican immigrants "gave their blood, sweat and tears to the UK".

Last month she was among a group of more than 90 prominent figures who called on airlines not to operate a mass deportation flight to Jamaica.

Home Secretary Priti Patel later described the comments of the campaigners as "deeply offensive", telling the Daily Mail they had linked the Windrush scandal to the cases of "vile criminals".

Addressing criticism of her comments, Campbell, 50, told the station: "I have heard some of the stuff that's been said in the UK and it is so insulting to me to think I would back someone who has committed a crime.

"If someone commits a crime, they should be dealt with in the way of the law.

"I'm not supporting rapists and criminals and everybody knows that.

"It is the subject as a whole of how the whole situation has been treated in the United Kingdom."

Campbell said Windrush workers had filled many important jobs in the UK, adding: "So to be treated the way they were treated, it is insulting and it is shocking and upsetting because they gave their blood, sweat and tears to the UK."

She also praised Black Lives Matter, labelling it as a "great, great organisation".

"I feel like black people do need a voice and they have not been feeling heard for so long and discrimination is what it is and it needs to be addressed, and so this is where we are at," she said.

Ms Patel has previously apologised for failings by the Home Office in its treatment of the Windrush generation.