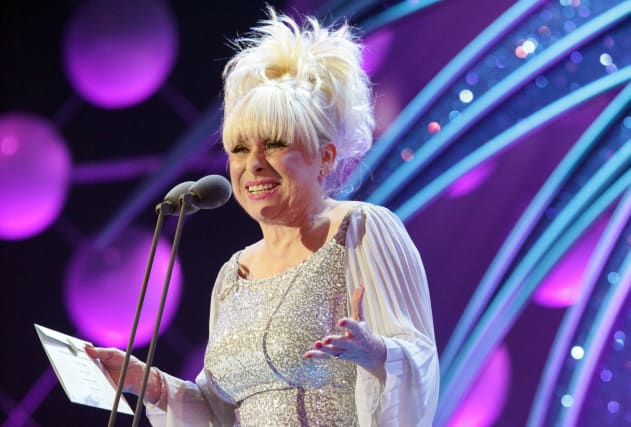 Dame Barbara Windsor, one of Britain’s most beloved entertainment stars, has died at the age of 83 after suffering with Alzheimer’s disease.

Here are the best quotes from her nearly seven decades in film and TV.

– On growing old in the film and TV industry

“The beautiful thing is that ageism just doesn’t exist on EastEnders. The show saved me.”

“There were thousands of people lining the Mile End Road, cheering and waving flags. Evidently Ronnie and Reggie (Kray) had turned them all out of their houses, saying: ‘Let’s welcome our little lady. Let’s show royalty how we are.'”

– To Larry Lamb, who played her love interest on EastEnders, after he remarked on her diminutive height

“You are tall, never mind darling, we’re all the same height lying down.”

“I am not like my image, I take my work so seriously. Everyone thinks I just bounce in but I study and everything has to be just right. I check all my props, ­everything. Acting is something I love.”

– On her long career

“I’ve been incredibly lucky. I’ve worked in two iconic shows, Carry On and EastEnders. If it all ended tomorrow – and it could – I’d just be terribly grateful. I’ve been fortunate enough to do what I love and get paid for it.”

– On not having children

“I don’t have any regrets about not having kids. I’ve just never had those maternal feelings. I am a nurturer by nature, but I nurture adults: my friends, the people I work with. I don’t want to nurture children.”

– To Prime Minister Boris Johnson after a meeting about dementia funding

– On her departure from EastEnders in 2016

“I have had the most wonderful time on EastEnders and I will miss you all. The show has changed my life and I want you all to continue the good work, because I’ll be at home watching you.”