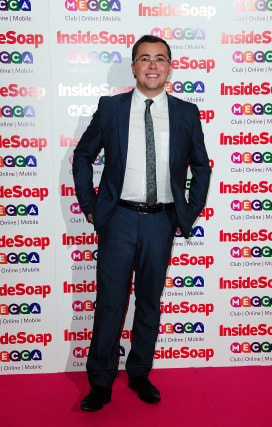 Joe Tracini has performed a dance routine in the Strictly Come Dancing studio.

Video of the 32-year-old actor’s dance was uploaded to the BBC One programme’s official Twitter page.

The former Hollyoaks star has regularly posted dance tutorials on social media in the past and also frequently talks about his mental health issues online.

The video shows Tracini sitting at home in a leotard watching television when judge Craig Revel Horwood appears on screen to tell him to come to the Strictly studio.

“Strictly needs serious talent like yours, get down to the studio at once,” Revel Horwood tells him.

When he arrives on stage he is announced as a “dance sensation” as he makes his way to the dancefloor.

Tracini, the son of comedian Joe Pasquale, then gives a comical demonstration of his solo routine.

After his performance, head judge Shirley Ballas tells him: “Well let me say as head judge, Joe, your appearance has been long overdue.

“I couldn’t keep my eyes off your leotard.”

Professional Strictly dancers Dianne Buswell and Johannes Radebe also appear in the video to demonstrate some of Tracini’s moves.