The Mobos always had an important role to play in 2020, says founder 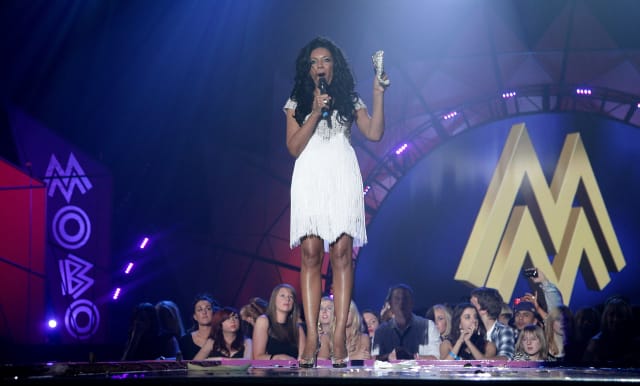 The Mobo Awards always had an “important role” to play after a year dominated by coronavirus and Black Lives Matter, its founder has said.

Kanya King said event organisers had overcome “so many obstacles and hurdles” to ensure the 23rd edition of the event, which celebrates music of black origin, went ahead.

Wednesday’s ceremony saw a number of artists including Manchester rapper Aitch and singer Mahalia reflect on a challenging year for the music industry.

King told the PA news agency: “It really has been a year like no other in so many ways. That’s why we wanted to bring a show like no other.

“It has been a challenging year. We have overcome so many obstacles and hurdles. We have got (a) strong resilience muscle but we felt that this was a year that Mobo has always had an important role to play.

“We knew that whatever challenges we would overcome, we wanted to ensure we ended the year with that symbol of hope and use the power of black culture to bring people together, because music has always had that influence and power to transcend cultural divides.”

King, from Kilburn in London, founded the Mobo Awards in 1996 to celebrate music of black origin, and the annual event has been an important launchpad for artists including Emeli Sande, Stormzy and rap duo Krept and Konan.

In June, she published an open letter addressed to Culture Secretary Oliver Dowden, calling for racism in the music industry to “no longer be swept under a red carpet” and detailing the racist abuse her family had suffered.

King, who was made a CBE in the 2018 Birthday Honours List, said seeing black culture and music celebrated was especially important today.

Speaking about black music’s increased influence, she said: “From the beginning this is always what I hoped to achieve and wanted to achieve and have been fighting for for many years, to be at the stage where black culture, black music, is celebrated on a global stage.

“Obviously this is why we wanted to host this event because we realised Mobo has always had a social and cultural responsibility beyond the parameters of music and I think that is demonstrated in the show we had today, because you see there is social commentary, there is messages woven into the show.

“It’s basically been telling their story of where we are, who we are and what we want to do in the future.”

The show will be rebroadcast on BBC One at 10.45pm.