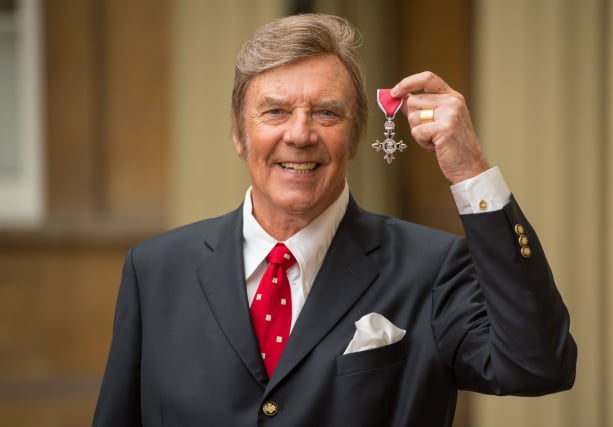 Rock and roll star Marty Wilde is to become one of the first celebrities to get the Covid-19 vaccination.

The singer – who scored a string of hits in the 50s and 60s with songs such as Teenager In Love – is due to be given the jab on Thursday.

The 81-year-old called Lister Hospital on the advice of a friend at his golf club and was offered the appointment after giving his age and name.

He told the PA news agency: “This is one of the few times I am glad I am older than Cliff Richard because I am going to get my injection before that bugger does.”

Vaccinations began being administered at 70 hospital hubs across the UK from Tuesday – starting with healthcare workers, people living in care homes and the elderly.

Those receiving the Pfizer vaccine will be given a booster jab 21 days after their first dose to ensure the best chance of being protected against the virus.

Wilde, who was treated at Lister Hospital during the first national lockdown for a heart condition, spoke of his pride at the vaccine’s quick rollout.

He said: “We are world leaders. That’s what we are. I can’t believe we beat America. Not only that, we also have the Oxford one to come up as well, which will be another great one. At least we have got a better one than the Russians, there’s no question about that.”

Wilde, father of singer Kim Wilde, said he felt a responsibility to his fans to have the vaccination.

He said: “I feel a responsibility not just to my family but people like me can be useful to the public.

“I don’t say it in a conceited way. I don’t mean it that way. But I just think a lot of people count on me.

“Lots of fans have been affected by Covid, lost money on hotels they have booked to see our tour earlier this year.

“They can’t get their money back. I’ve got to be good for them. I know it sounds boring but it’s not. I really feel that.”