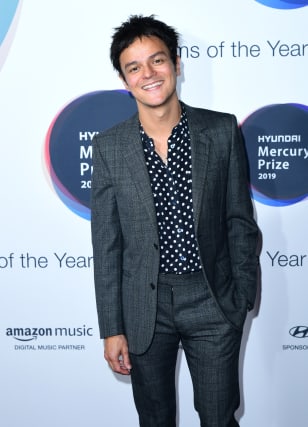 Jamie Cullum has broken the Guinness World Record for the largest music lesson ever held.

The musician held a virtual piano lesson for 2,282 people, who he taught to play the carol In The Bleak Midwinter.

He was joined by special musical guests including Robbie Williams and Sigrid.

Cullum, 41, was raising money for the charity Age UK.

He said: “I am passionate about music education for all and also an evolving student of music myself only having come to the more technical side of music theory in the last couple of years.

“Even the very simplest things are very new to me.

“I hope this lesson gave everyone who took part, from the very beginner to the more advanced, something they can take away with them and was fun in the process.

“I loved putting it together and would love to do more in the future like this.”

The musician shared a number of photos and videos on his Twitter page which showed school pupils taking part in the record attempt.

The music lesson was put on in association with Bonza, a resource for music in schools, supporting teachers and pupils and led by well-known artists.

The lesson was also open to members of the public.

After it took place, Age UK tweeted: “Thank you to Jamie Cullum for an incredible, record-breaking music lesson this afternoon.

“What a fantastic event!”

In The Bleak Midwinter, a Christmas carol based on a poem by the English poet Christina Rossetti first published in 1872, does not feature on Cullum’s new album, which is all original music.

The Pianoman At Christmas was recorded at London’s famous Abbey Road studios with a 57-piece band and produced by Greg Wells, who oversaw The Greatest Showman soundtrack.