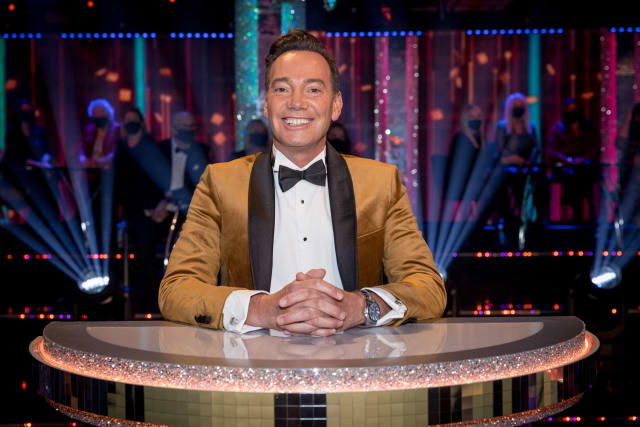 Strictly Come Dancing judge Craig Revel Horwood has said critics of the show's drag performance should "turn the TV off".

On Saturday, three of the BBC One show's male professional dancers wore wigs and high heels while performing a medley of songs from the musical Priscilla Queen Of The Desert.

The routine, which also saw the trio brandish rainbow fans, prompted both praise and criticism from viewers on social media.

The BBC said it would not comment on the number of complaints received.

Responding to the critics, Revel Horwood, 55, said drag was part of "real life" and urged those who took issue with it to "open your eyes".

He told the PA news agency: "I think they are ridiculous. If you can't grow with society then turn it off. It's crazy.

"You are always going to come into problems with someone complaining about something. But there was nothing.

"If people knew what Priscilla Queen Of The Desert actually was, like the musical and they saw that, then they would know that the boys were acting as these characters in the play.

"That's the whole point of having musicals week and movies week, so you get to play these wonderful and vibrant characters.

"I'm sorry but this is a part of real life and if you are not going to open your eyes up to it then turn the TV off."

The dance was led by South African pro Johannes Radebe, who last year made history on the show by dancing with fellow professional Graziano di Prima.

Revel Horwood also referred to the complaints Strictly received after Olympic boxer Nicola Adams made her debut this year alongside Katya Jones in the show's first same-sex series pairing.

He said: "People need to open their eyes and accept that this is all-inclusive society and that is what we should be working towards.

"That's what we should be opening our minds up to, not going against it and complaining about people having a great time and dancing in character. That's just crazy."

Alongside lead judge Shirley Ballas, Revel Horwood has launched the latest Strictly DVD, Shirley & Craig's Perfect 10, which counts down the best routines in the show's history.

Famous for his tough scoring, Revel Horwood said a perfect performance needed to also have an "it factor".

He said: "It is a bit weird handing out 10s to people because no-one is ever perfect.

"For me a perfect 10 is when everything comes together – the lighting, the costumes, the number itself, the music, the way they have attacked it, the storytelling.

"A perfect 10 for me is when I put my pen down and stop looking for fault and just get carried away with the performance.

"There's the 'it factor' out there that makes it worthy of a 10.

"It's great being able to do that with Shirley and looking back and say, 'Oh do you think that was worth 10?'

"It's us two having a few a arguments over what we think is good or bad."