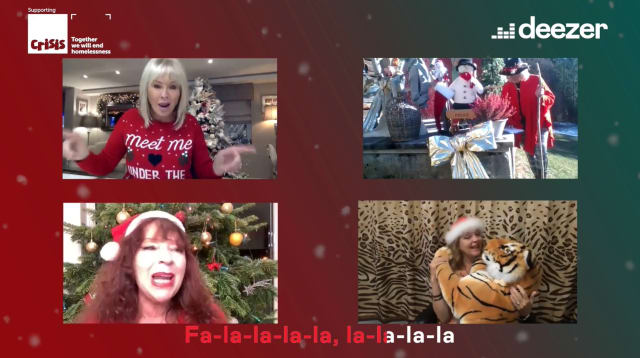 A choir of famous Carols has been brought together for a festive singalong to raise money for charity.

Tiger King star Carole Baskin, presenter Carol Smillie and TV personality Carol Thatcher appear on a version of Deck The Halls, which has been put together by music streaming service Deezer to raise money for homeless charity Crisis.

The video for the campaign, dubbed A Christmas Carol by Carols, shows the various Carols singing along to Deck The Halls from their homes while wearing Christmas jumpers.

“So we wanted to find a way to keep people safe, but inject some heavy duty Christmas spirit with this one-of-a-kind performance.

“We’re thankful to all the Carols helping us raise money for Crisis.”

To donate to Crisis, crisis.org.uk/christmasdeezer.