The Archers star: How we recorded our steamy shower scene 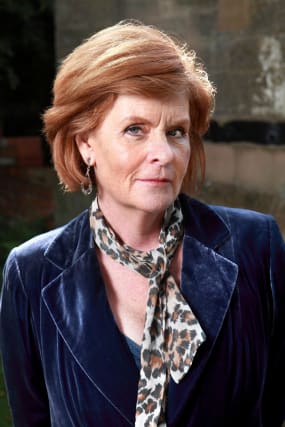 A star of The Archers has revealed how she recorded her steamy shower scene for the rural soap.

The BBC soap sparked headlines 20 years ago when its then editor was reported as saying the scene would be more “explicit” than anything in its history.

But it was denounced as a let-down by some listeners after it aired.

Character Jolene, played by Buffy Davis, could be heard with adulterous landlord Sid Perks in the after-sex shower scene.

Now Davis has divulged the logistics of recording the scene in the world’s longest-running soap.

“We had 12 minutes to record it and the shower curtain was actually an old plastic raincoat,” she told Radio Times Christmas issue.

“Alan Devereux (who played Sid Perks) and I stood in baking trays, and all the squishy noises were done using baby lotion, while I said silly lines of dialogue that led you to believe the soap was in an interesting place.

“After it had been on air, there was a newspaper headline: ‘Sex in the shower brings disgrace to Ambridge’.

“I’d get listeners asking me to sign shower tiles,” the actress, who has been in the soap for 25 years, added.

Richard Attlee, who plays Jolene’s husband and fellow publican Kenton, told Radio Times that the soap endured because “people like the fact that it’s not constant drama”.

“Listeners enjoy the everyday village stories about cake baking or marrow growing. And those simple things mean that when a bigger story comes along – like Rob’s coercive control of Helen – it’s much more powerful,” he said.

And Davis said of its future: “I don’t see it changing that much. They’ll move with the times a bit, but I like to think that Jolene and Kenton will still be behind the bar at the Bull.”

The full interview is in the Radio Times Christmas issue.