Kym Marsh: Starring in my first film was a wonderful experience 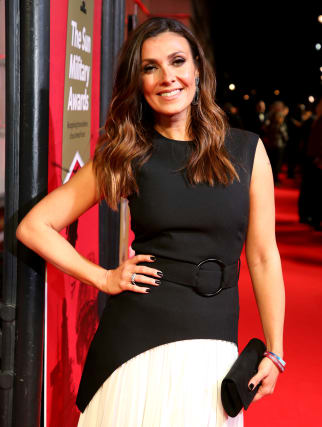 Kym Marsh has said making her film debut in The Loss Adjuster was “wonderful”.

The actress, who left Coronation Street last year, said it will be “weird” to see herself on the big screen, and added that the experience of working on a film was “very different” to what she is used to.

“Working on a soap, you don’t really have as much time,” she told the PA news agency.

“You are kind of filming 12 scenes a day, 12 hours a day, but with a film you are kind of doing maybe one or two a day if you are lucky.

She added that on a film set actors and actresses are “given more time to be able to master it and get everything right”.

The film tells the story of an insurance loss adjuster who is trying to get his life back on track after it has spiralled out of control when his wife, played by Marsh, leaves him.

Marsh, 44, said she hopes to go to the cinema to see the film now lockdown restrictions have eased in England.

“The fact that it is in cinemas is brilliant,” she said. “Seeing it in cinema, it is going to be a bit weird seeing myself on a big screen like that.”

“Being a live TV presenter is not something I thought I would be doing,” she said.

“I have learnt a brand new skill and I’m just having a ball with it, really. It’s been great fun.

“Ratings have been brilliant, so yeah, it is great to be a part of.

“We are giving people a bit of everything, which is what I think is keeping people interested.”

The Loss Adjuster is in cinemas and available on DVD/digital now.