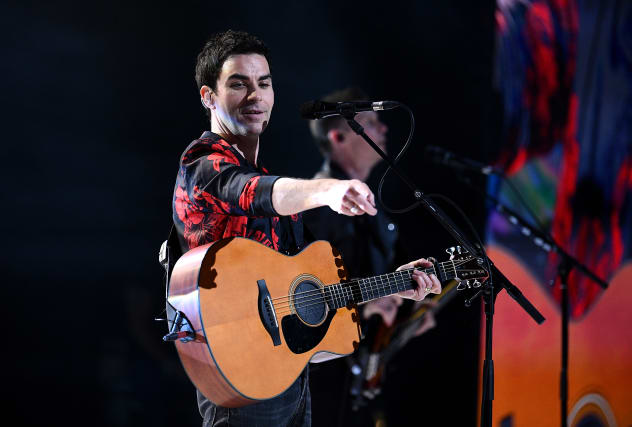 Stereophonics frontman Kelly Jones has said he had to relearn how to sing after having surgery on his throat.

The singer said he had a growth removed from his vocal cords.

Jones, 46, told the High Performance Podcast that recovering was a “very slow process” and he had to do lots of exercises with his voice to get it back to normal.

“I was just reading like a chapter of a book out loud and then stopped talking.

“So it was quite a strange process. And then, it was about learning how to literally… sing again.”

He added: “I just had to go through all this very, very slow process really, and try to regain the strength and the thing that’s going to give me my whole kind of life.”

He said the growth, called a trauma polyp, “could have been done by a bad cough or shouting at the football”.

Jones also said he needed to take a break from the Stereophonics.

“I’ve clearly started to show people other elements of my talent, my personality, whatever you want to call it, even though I’ve been trying to do that through the brand of Stereophonics for 25 years, by making every album completely different and trying to change the sound,” he said.

Jones described the band as an “amazing thing”, but added: “I thought I was needing to walk away from it at one point.”

He said he realised he was “not quite fulfilled” but now has greater freedom with his work.

“I can grow and get fulfilment from these other projects, which will only ignite the main gig.”