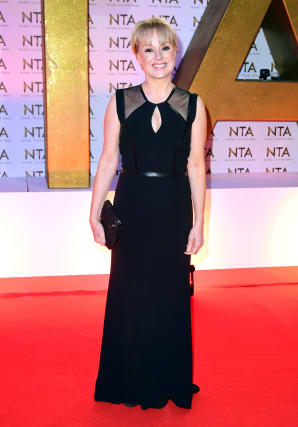 Coronation Street actress Sally Dynevor has praised the soap’s humour as it marks its 60th anniversary.

The world’s longest-running TV soap celebrates the landmark on Wednesday after entertaining generations of viewers.

Speaking in the soap’s 60th anniversary week, Dynevor told BBC Breakfast: “I’m so lucky to have been a part of this for 34 years and I’ve enjoyed every moment of it.”

The actress, who plays Sally Metcalfe, said that “never in a million years” would she have imagined she would be in the role for so long.

“I’ve grown up with everyone, the cameramen, the make-up girls,” she said.

She said the ITV soap tackles “some very difficult storylines” but also praised its “humour and quality and warmth”.

What Coronation Street does “better than anyone else is the one-liners – the one liners are just classic Corrie,” she said.

The actress, who first stepped on to the cobbles in 1986, said of filming amid restrictions introduced due to Covid-19: “They’ve done it so incredibly well. You feel safer there than you do going around your local supermarket!”

Series producer Iain MacLeod said in a message on Twitter that the pandemic had “been incredibly difficult to contend with”, adding: “The fact that we’re on air at all is a miracle.”

But he said: “These 60th episodes are just fabulous.”

Coronation Street is marking its anniversary with a week of explosive storylines.

One which is set to come to a conclusion is the trial of Yasmeen Nazir (Shelley King) for attempted murder.

Controlling husband Geoff Metcalfe (Ian Bartholomew) has tried to paint her as a violent drunk and she is facing the prospect of a lengthy stint behind bars.

The trailer for Corrie’s anniversary teases the big reveal – showing the jury coming to a swift verdict.

Also set for a final showdown are rogue property developer Ray Crosby (Mark Frost) and the residents who are opposed to his plans to bulldoze the street.

To celebrate the anniversary week, two images – a bird’s-eye view of its current home at MediaCityUK and a picture of where it all started 60 years ago – have been released.

The older snap features Studio 2 at Granada Television, where one wooden set represented the street and the cobbles were painted on to the studio floor.