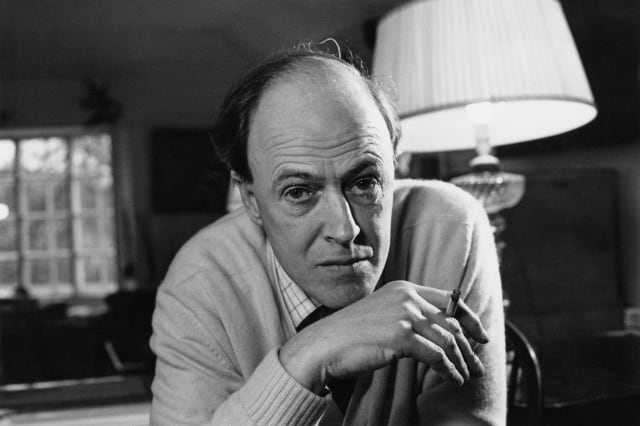 Roald Dahl's family has apologised for anti-Semitic comments made by the author.

The creator of books such as Matilda, The BFG, The Witches and Charlie And The Chocolate Factory died at the age of 74 in 1990 but has since regularly topped lists of the nation's favourite authors and his stories continued to be beloved by children around the world.

However, anti-Semitic comments he made have cast a shadow over his personal legacy.

In an interview with the New Statesman in 1983, the author said: "There is a trait in the Jewish character that does provoke animosity, maybe it's a kind of lack of generosity towards non-Jews.

"I mean, there's always a reason why anti-anything crops up anywhere."

He added: "Even a stinker like Hitler didn't just pick on them for no reason."

A statement from the Dahl family has now been posted on the website of The Roald Dahl Story Company under the title: "Apology for anti-Semitic comments made by Roald Dahl."

First reported by the Sunday Times, it says: "The Dahl family and the Roald Dahl Story Company deeply apologise for the lasting and understandable hurt caused by some of Roald Dahl's statements.

"Those prejudiced remarks are incomprehensible to us and stand in marked contrast to the man we knew and to the values at the heart of Roald Dahl's stories, which have positively impacted young people for generations.

"We hope that, just as he did at his best, at his absolute worst, Roald Dahl can help remind us of the lasting impact of words."

Dahl's works continue to be popular for film and stage adaptations.

A new version of The Witches, starring Anne Hathaway, was released earlier this year, while Hollywood stars including Johnny Depp, Mark Rylance, and Danny DeVito have all appeared in big screen versions of his stories.