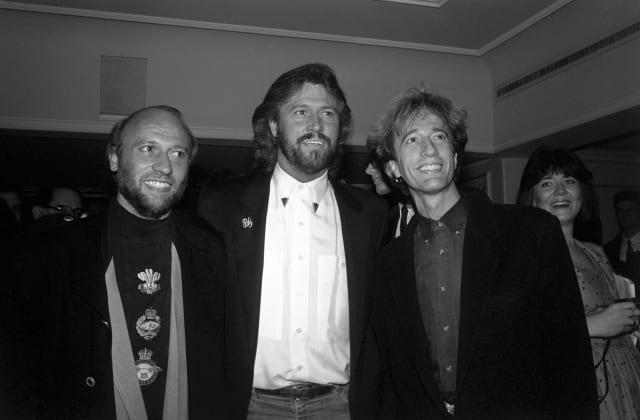 The Bee Gees had “no interest” in reading the script for Saturday Night Fever before they penned the famous soundtrack to the hit film, its music supervisor has said.

Bill Oakes, who won a Grammy award for the soundtrack to the 1977 film starring John Travolta, was also head of the band’s record company RSO.

He recounts his experiences with the band, made up of brothers Barry, Robin and Maurice Gibb, during their successful yet turbulent 1970s in the new documentary The Bee Gees: How Can You Mend A Broken Heart.

Oakes told the PA news agency: “People say they were commissioned to write the soundtrack but I went to show them the script in France where they were mixing a live album and they had no interest in reading the script.

“So to say they were commissioned, it sounds much more professional.

“In fact all Robert Stigwood (the music entrepreneur) and I said was we need some songs for this movie that is set in the disco and they had already done Jive Talkin’ and You Should Be Dancing, so this was not their first foray into dance music.

“But what they came up with in a matter of weeks was an extraordinary collection of five songs, all of which I knew immediately would work in the film.

“Stayin’ Alive, More Than A Woman, If I Can’t Have You, Night Fever and How Deep Is Your Love, that is gold dust, that doesn’t happen very often and I can’t think of any other composers you could have asked for and had them come back with that, having not read the script!”

Oakes also recalled how he navigated the various dramas and fallings out between the brothers, particularly the problems between Barry and Robin, who died in 2012.

He said: “I dealt with them each individually, I have to say if you were in a room with the three of them I stayed out, because there was that bond between brothers but they did have their differences and they were very, very different considering two of them were twins.

“They were totally unalike Robin and Maurice, Robin was always the guy who would call me on a Wednesday to see how the charts next week were looking, he was absolutely insane about chart positions, how are we doing in Japan all that.

“Maurice couldn’t care less as long as he had a drink and a cigarette and knew a good bar to go to and Barry was the quiet one who I would talk to more about the music.

“So I had different relationships with each one but when you put them together you didn’t interfere, the three of them had a special thing when they were in a room together.”

The Bee Gees: How Can You Mend A Broken Heart is on Sky Documentaries on December 13 and on DVD and digital download on December 14.