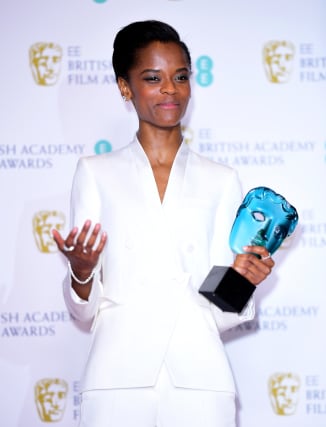 Black Panther actress Letitia Wright has denied that she ever intended to hurt anyone after sharing a video questioning the safety of the Covid-19 vaccine.

The British star, 27, sparked controversy after tweeting a video called Covid-19 Vaccine: Should We Take It? from On The Table, a YouTube discussion channel.

Wright faced a fierce backlash from fans on social media as well as her Marvel co-star Don Cheadle, who described the video as “hot garbage”.

Addressing the criticism in a post on Twitter, she wrote: “My intention was not to hurt anyone, my only intention of posting the video was it raised my concerns with what the vaccine contains and what we are putting in our bodies. Nothing else.”

In an earlier post, Wright appeared to claim she was being “cancelled” for asking questions of the vaccine.

The video in question saw presenter Tomi Arayomi speak at length about his personal feelings about the efficacy and safety of vaccines.

He said: “I am just a big sceptic of needles and vaccinations in general, I think the body should be able to produce the right antibodies to fight things.”

He added: “We can just get that (the vaccine) out there and hope it doesn’t make extra limbs grow, hope to God you don’t develop children that have 11 fingers and 12 toes, we are hoping for the best.

“We have seen vaccines do damage before.”

The description of the video says: “Tonight I’m talking about Luciferase, the ingredient allegedly being added to the Covid vaccine to detect those who have not taken it.

“Luciferase, named by its founder after Lucifer???

“Now this is only partially true on a fact check, but we explore this and more On The Table.

Arayomi is described as “an internationally received and recognised prophet, speaker, author and founder of RIG Nation, a media platform with the Christian mission established since 2007 to train people to become prophets and prophets to be people”.

Wright, who most recently starred in Sir Steve McQueen’s Small Axe film Mangrove, received a barrage of criticism for sharing the video alongside a prayer hands emoji.

When another follower told her she was upsetting people, she wrote: “Not my intention to make anyone upset. Nor am I saying don’t take it. I’m just concerned about what’s in it that’s all. Isn’t that fair to question or ask?”

After replying to a string of followers criticising her post, she wrote: “If you don’t conform to popular opinions. But ask questions and think for yourself….you get cancelled.”

“Every time I stopped and listened, he and everything he said sounded crazy and f***** up. i would never defend anybody posting this. But I still won’t throw her away over it. The rest I’ll take off Twitter. Had no idea.”

A representative for Wright has been contacted for comment.