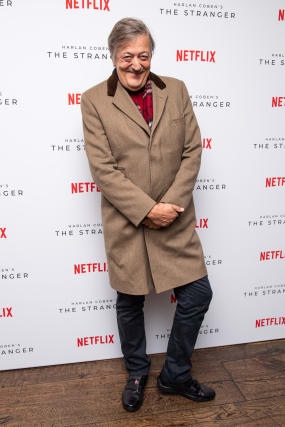 Stephen Fry has voiced an ad campaign calling for more support for cinemas struggling to survive the coronavirus pandemic.

The short film by the UK Cinema Association, which represents the interests of more than 90% of operators, calls on people to ask their MPs to help.

The Keep the Magic Alive initiative hopes to persuade the government to provide targeted funding for members of the UK Cinema Association who are struggling to weather the storm of lockdowns and social distancing.

The campaign argues that, while many smaller venues have received funding through the BFI and the devolved administrations, the money might not be sufficient for them given the ongoing restrictions and lockdowns many face.

It also says that the large cinema chains, which account for some 80% of the UK market, have not received any targeted support, other than what has been offered to businesses at large.

Phil Clapp, chief executive of the UK Cinema Association, said: “We are hugely grateful to the Government for the furlough scheme and other business support, all of which has helped to see our members through the Covid crisis to date.

“But, given ongoing challenges, we believe that many cinemas will need further direct funding if they are to survive and recover in 2021.

“For our smaller operator members that may mean additional finance over and above that already provided through the Culture Recovery Fund.

“But crucially for our larger members, who have so far received no targeted support and account for the vast majority of employment and audiences, that means direct funding to help bridge the increasing revenue gap they are experiencing.”

Cinemas in England, apart from those in Tier 3 areas, were able to reopen on Wednesday as coronavirus restrictions were eased.

However many have been hit hard by the decision by many film studios to push back release dates of blockbuster films.

The latest James Bond film, No Time To Die, will be released next year and sci-fi epic Dune and Marvel superhero movie Black Widow have also been delayed.

Many cinemas, including those part of the Cineworld chain, are still currently closed despite the easing of coronavirus restrictions.

Showcase has cinemas open, while Odeon will begin welcoming back customers from December 4.

Vue will begin reopening its cinemas from December 11.