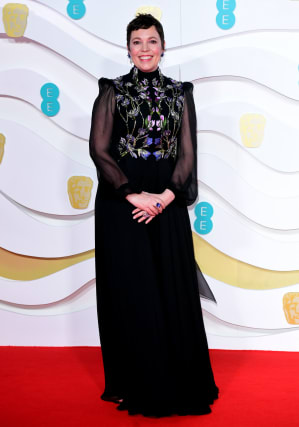 Olivia Colman will make her pantomime debut as the Fairy Godmother, starring opposite The Crown co-star Helena Bonham Carter in a virtual charity version of Cinderella for BBC Two.

Cinderella: A Comic Relief Pantomime For Christmas will star The Queen’s Gambit actress Anya Taylor-Joy as Cinderella, while Bonham Carter will play Lady Devilia and real-life sister and brother Daisy May and Charlie Cooper will appear as The Evil Step Sisters.

The star-studded cast will assemble online and artist Quentin Blake has created original hand-drawn illustrations to bring the panto to life for everyone watching at home.

The show has been written by the Dawson Brothers, based on an original script by Ben Crocker, and viewers will have the opportunity to donate to Comic Relief projects as they watch.

Patrick Holland, controller of BBC Two, said: “This is a unique surprise at the end of a year when we all need cheering up. Thank you so much to Richard Curtis and the team at Comic Relief for assembling such a stellar cast to deliver us a pantomime to remember.”

Richard Curtis, executive producer and founder of Comic Relief, said: “We’re hugely grateful to BBC Two and the amazing cast for allowing us to do our first ever pantomime.

“It’ll be very funny and merry – and also a great seasonal opportunity to raise crucial funds for the projects that will help the most vulnerable people, at home and abroad – especially now when Covid has made things harder than ever for many.”

Cinderella: A Comic Relief Pantomime for Christmas will be broadcast on BBC Two on December 24 at 8.15pm and will also be available on BBC iPlayer.