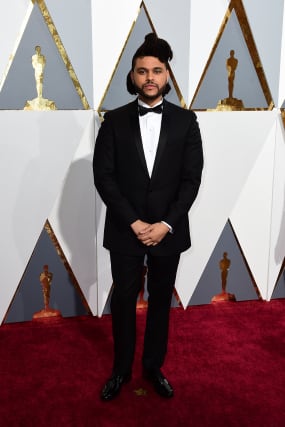 Apple Music has revealed its most popular songs streamed in the UK this year, with Australian singer Tones And I topping the list with viral smash Dance Monkey.

Canadian superstar The Weeknd took second place with Blinding Lights while Stormzy’s collaboration with Ed Sheeran and Burna Boy, Own It, was third, according to the technology giant.

SAINt JHN’s Roses was the fourth most streamed song in the UK this year, Apple said, ahead of Dua Lipa in fifth with Don’t Start Now.

The track earned British star Lipa three Grammy nominations, including for song and record of the year.

Next on the Apple Music list is Scottish singer-songwriter Lewis Capaldi, who has Before You Go at six and Someone You Loved at seven.

At eight is DaBaby and Roddy Ricch with Rockstar, while the latter is ninth with The Box. Completing the top 10 most popular songs of the year is Regard with Ride It.

Harry Styles, Billie Eilish and Lizzo all made the UK top 20.

Blinding Lights was second, Apple said, though the song had the most unique listeners.

Dance Monkey was third, Rockstar fourth and Life Is Good, by Future and Drake, completed the global top five.

Apple also revealed the most streamed albums globally on its platform.

Roddy Ricch’s album Please Excuse Me For Being Antisocial was number one, with another rapper, Lil Baby, taking second spot with My Turn.

Pop Smoke, who was shot and killed in Los Angeles in February, was third with his album Shoot For The Stars Aim For The Moon.

Completing the top five were Lil Uzi Vert with Eternal Atake and Summer Walker with Over It.