Celeste, Clean Bandit and Mabel among stars on festive Top Of The Pops specials 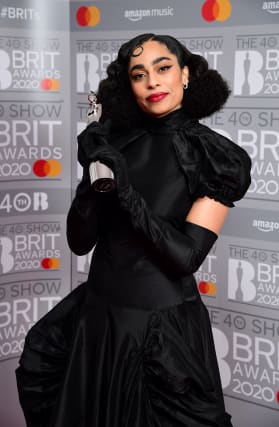 Celeste, Clean Bandit and Mabel are among the stars who will appear on the Top Of The Pops Christmas and New Year Specials, it has been revealed.

Mabel said: “So excited to perform at this year’s Top Of The Pops. It’s always an honour performing on such a legendary show! Me and Clean Bandit are gonna give you a special performance to round off your 2020!”

Celeste said: “I’m ecstatic to be invited back on to Top Of The Pops for the second year in a row. It’s been such a crazy year so to be ending in this way is such an honour.”

Both shows will also feature highlights from the past year, including performances of songs by Miley Cyrus, Harry Styles, Lewis Capaldi, and Dua Lipa.

Amfo said: “I’m delighted to be part of Top Of The Pops this year. As we know, 2020 has been a challenge and as always music is a constant balm for us! I’m really looking forward to celebrating the artists with Fearne and everyone watching at home.”

Cotton said: “I’m delighted to be returning to host Top Of The Pops with Clara again this year. It’s always a brilliant way to round off the year in music, and this year more than ever we’re all in need of a bit of sparkle!

“There have been some brilliant musical moments in 2020 and we can’t wait to celebrate some of the biggest tracks and artists with everyone at home.”