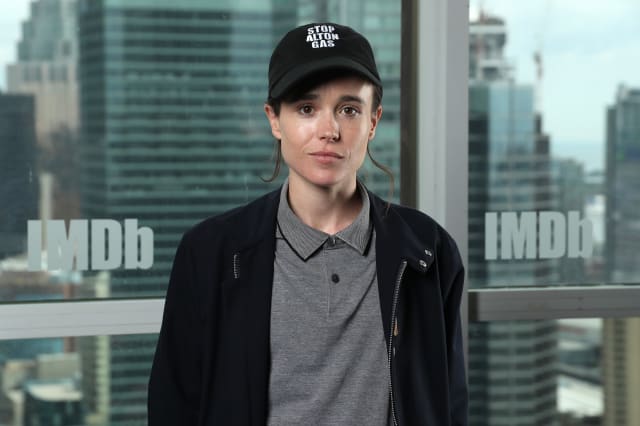 The Juno star formerly known as Ellen Page has announced that he is transgender.

The actor said in a social media post that his pronouns are "he/they" and his name is Elliot.

"I feel lucky to be writing this. To be here. To have arrived at this place in my life," Page added.

"I feel overwhelming gratitude for the incredible people who have supported me along this journey.

"I can't begin to express how remarkable it feels to finally love who I am enough to pursue my authentic self."

13 PHOTOS
Ellen Page out and about
See Gallery

Page, 33, who has also starred in Netflix series The Umbrella Academy, said that his "joy is real, but it is also fragile".

"The truth is, despite feeling profoundly happy right now and knowing how much privilege I carry, I am also scared," he said.

"I'm scared of the invasiveness, the hate, the 'jokes' and of violence.

"To be clear, I am not trying to dampen a moment that is joyous and one that I celebrate, but I want to address the full picture. The statistics are staggering.

"The discrimination towards trans people is rife, insidious and cruel, resulting in horrific consequences."

Addressing the trans community, Page said he will "do everything I can to change this world for the better".

The actor, who has frequently spoken out about LGBT issues, signed the letter off by saying: "All my love, Elliot."