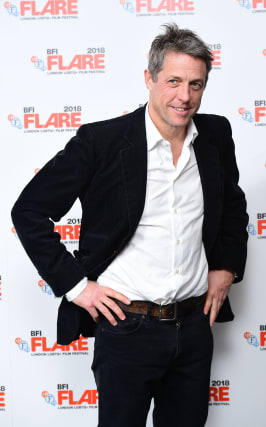 Fans of The Undoing joked that Hugh Grant would “haunt their dreams” after the murder mystery came to an explosive conclusion.

The Sky Atlantic series, written by Big Little Lies’ David E Kelley, and directed by The Night Manager’s Susanne Bier, featured the Paddington 2 actor as New York City doctor Jonathan Fraser, who is on trial for the murder of his mistress.

During the course of the show almost every cast member had come under suspicion for the murder of Elena, played by Matilda De Angelis, including his wife Grace, played by Nicole Kidman, and their son Henry (Noah Jupe).

In the final episode of the show, based on Jean Hanff Korelitz’s 2014 novel You Should Have Known, it was revealed that Grant had indeed killed Elena and was even possibly a psychopath incapable of empathy and remorse.

As it became evident during the trial that he would be convicted of the crime, Jonathan fled with his son, resulting in a nail-biting police chase.

One viewer wrote on Twitter: “Such a compelling finale of #TheUndoing! Really enjoyed this show from start to finish. Very well written.

“I was never 100% sure who I thought the killer was. Great performances all round, & it was nice to see Hugh Grant in such a different kind of role. Definitely worth a watch.”

Another wrote: “Just give Nicole Kidman and Hugh Grant all the awards right now!!! What a show and what a finale.”

Another viewer said: “I didn’t think being terrified of Hugh Grant would be on my list of new life developments but here we are.”

Another added: “Hugh Grant may haunt me in my dreams after tonight’s episode but like in a way I’m OK with.”

Meanwhile another fan said: “There is one twitch of a smile that Hugh Grant gave towards the end of that finale that is the stuff of acting mastery.

“ALL of it written on his face.”