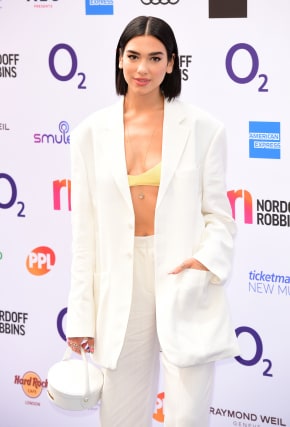 Dua Lipa, Taylor Swift and Stephen Fry were honoured at the Attitude Awards.

The trio all appeared during the ceremony, which was hosted by comedian Tom Allen.

The awards are to benefit the Attitude Magazine Foundation, which raises money for LGBT causes.

Singer Swift and actor and television presenter Fry both picked up icon awards.

Lipa was recognised in the music category.

Actor Russell Tovey was given the culture award, which was presented to him by artist Tracey Emin.

RuPaul’s Drag Race star Michelle Visage was given the ally award, while Rosie Jones won in the comedy category.

Darren Styles, publisher of Attitude magazine, said: “This has been the most extraordinary running of the Virgin Atlantic Attitude Awards, powered by Jaguar, where the more usual 650 guests in black tie at the Roundhouse have been replaced with a world audience in the digital, virtual space.

“Fourteen amazing presenters, 14 great winners and five roof-raising live performances have resulted in a blockbuster show that – we hope – has uplifted the watching LGBTQ community.

“May our award winners inspire anyone, anywhere, of any age to embrace who they truly are, free to be the best that they can be.”

Faith, Yungblud, Rina Sawayama, Drag Race UK winner The Vivienne and The Vamps all performed during the ceremony.