Which stars have portrayed Darth Vader over the years? 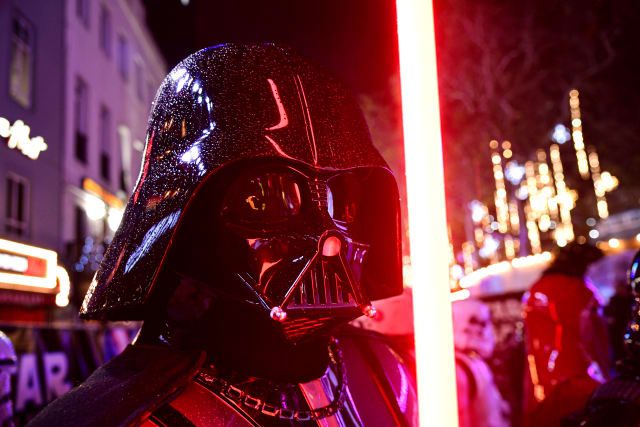 One of the archetypal villains in film history, Darth Vader has been a presence in popular culture since his screen debut in the original 1977 Star Wars film.

His 1983 showdown with Luke Skywalker, played by Mark Hamill, in Return Of The Jedi capped off the first trilogy in dramatic style.

Following the death of original star Dave Prowse, who has died aged 85, the PA news agency takes a look at some of the other actors who have portrayed the man formerly known as Anakin Skywalker.

Jones was already an award-winning star of stage and screen when the original Star Wars movie was being developed by George Lucas.

Jones had wowed critics with his Tony Award-winning performance as a boxer in 1968 play The Great White Hope. He went on to take the lead in the 1970 movie adaptation, picking up a Golden Globe.

The 89-year-old actor has demonstrated his versatility in everything from Shakespearian epics to television dramas and comedies.

His remarkable voice has been lent to the likes of Mufasa in Disney’s 1994 film The Lion King, various audiobooks and to CNN for its “This is CNN” tagline.

In 2005, the veteran star reprised Vader for Revenge Of The Sith. He returned to the role nine years later in the first episode of Star Wars Rebels, and in 2016’s Rogue One: A Star Wars Story.

The veteran Shakespearean actor was already 77 when he appeared in Return Of The Jedi.

Remember the damaged face revealed during the unmasking of Darth Vader? It was his.

Originally the Force ghost incarnation of Anakin at the end of the film, he was digitally replaced by Hayden Christensen in the 2004 re-release.

The move sparked a huge outcry from hardcore fans.

The role of Anakin Skywalker has seemingly cursed both of its prequel-starring actors.

Young Lloyd – also known as Jake Broadbent – was only 10 when he played the gifted child in 1999’s Episode I: The Phantom Menace.

Unfortunately, the experience left him embittered. After portraying Anakin in some video games, he quit acting and blamed the movie for his decision.

“When you have something like that, there’s a lot of expectations for it to meet the standards of the public, and I don’t think George did that,” he said.

In 2015, the former actor was charged with reckless driving after leading police in South Carolina on a high-speed chase. He lost control of his car, crashed and was subsequently arrested.

He was later treated in a psychiatric facility following a schizophrenia diagnosis.

The Canadian actor took over one of the most high-profile roles in cinema from child actor Lloyd.

Cast as a teenage Anakin, opposite Ewan McGregor and Natalie Portman in 2002′s Episode II: Attack Of The Clones and 2005′s Episode III: Revenge Of The Sith, he portrayed the Jedi’s transformation into Darth Vader.

While Portman went on to Oscar glory in Black Swan, Christensen has largely been unable to escape the much-maligned prequels.

His most memorable post-Vader role came in 2006 sci-fi flick Jumper.

The movie led to a romantic liaison with Jumper co-star Rachel Bilson. The couple are parents to daughter Briar Rose. They separated in 2017.