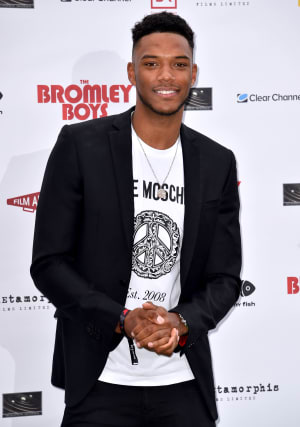 A former Love Island contestant has started legal proceedings over an eye injury he suffered at an Ibiza club.

Theo Campbell says he has been left with severely impaired sight in his right eye after being hit by a cork from a bottle during a champagne spray party at O Beach Ibiza.

The 29-year-old says he suffered a cut eyelid which needed 11 stitches as well as a cornea injury, and has undergone operations in Ibiza and the UK following the incident.

Mr Campbell has issued legal action against Ice Mountain Ibiza SL, which runs the club, and its insurers, according to law firm Irwin Mitchell, which is representing him.

In a statement, Mr Campbell said: "The last 15 months or so trying to come to terms with what has happened have been hard. I'm a positive person and try and remain upbeat but as time goes on the chances of my sight getting back to normal become reduced.

"I'm speaking with doctors about what may or may not be possible but I also have a number of questions about what happened to me.

"I don't know what the future may hold with regards to my sight but I feel that the least I deserve is answers to what happened and why.

"Bringing this case was something that hasn't been done lightly but I feel that at present it's the best opportunity for me to get the answers I deserve."

Demetrius Danas, an international serious injury expert at Irwin Mitchell who is representing Mr Campbell, said: "Despite the best efforts of all the surgeons involved in Theo's care, he still suffers sight issues and his condition continues to affect him every day.

"His injuries have meant that he has been unable to work as much as he would normally, and his quality of life has deteriorated.

"Organisers of events such as these have a legal duty to ensure the safety of customers. Through our investigations we believe there was insufficient safety advice provided to customers at the club as well as a failure to recommend or provide protective eyewear.

"Theo has a number of concerns about what happened and has asked us to investigate. Theo would rather not be in this position but he feels he's been left with no choice other than to bring these proceedings.

"We now call on Ice Mountain to work with us to resolve Theo's case so he can try and put what happened behind him the best he can."

Ice Mountain Ibiza SL has been approached for comment.