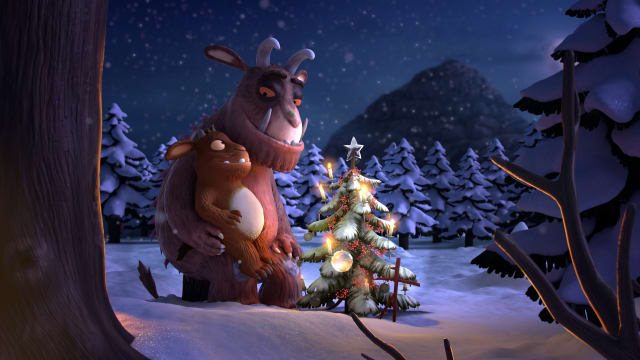 BBC on-screen Christmas idents have been unveiled, featuring The Gruffalo and his daughter.

The BBC One animations, to air between programmes, have been designed “to capture the warmth and glow of Christmas time”.

One features The Gruffalo and his daughter, The Gruffalo’s Child, as they decorate their magical Christmas tree.

Another has Zog, Princess Pearl and Sir Gadabout, who are characters in this year’s BBC Christmas animation, Zog and the Flying Doctors.

The BBC’s chief content officer Charlotte Moore said she hoped they “will make everyone smile and bring a big dose of festive cheer and togetherness at the end of a tough year”.

The idents, which promote the channel between programmes, are being unveiled on Sunday, after Strictly Come Dancing: The Results.