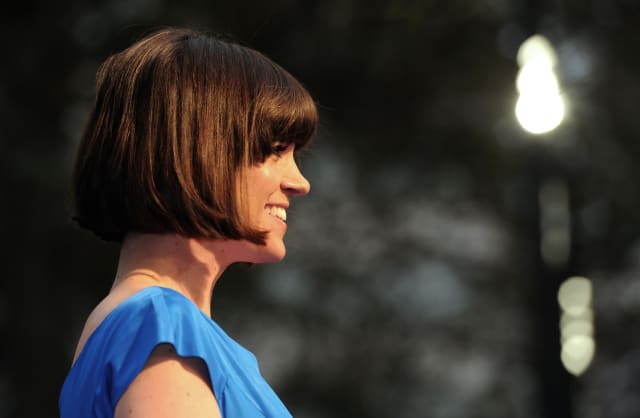 Dawn O’Porter has said her responsibilities as a mother helped her carry on after the death of her friend Caroline Flack.

The television presenter, 41, said hearing that Flack had killed herself felt like someone had kicked her in the head.

The former Love Island host took her own life in February at the age of 40.

O’Porter, who has two young sons with her husband, actor Chris O’Dowd, addressed her grief during an appearance on That Gaby Roslin Podcast.

She said: “When Caroline died it felt like someone had kicked me in my head and I couldn’t get up – but I had to get up because I have two small children.

“The week after she died, I kept saying to Chris, ‘Who’s going to make me laugh like that?’

“I laughed until I wet my knickers when I talked to Caroline. Where is that going to go?

“She was only 40, but Chris and I kept saying that no one could have sucked more life out of those years than Caroline.

“She ticked so many boxes of what people are supposed to achieve, and she achieved them at level 10.

“I wish Caroline had just hung on to see that the world was going to move on from what she thought everyone cared about.”

O’Porter also reflected on meeting her husband, who she married in 2012.

“I’d said, ‘I’m going to take a year off dating’. I had four back-to-back (dating) disasters. On my 30th birthday, Chris had started to chat me up on Facebook – I didn’t know who he was.”

Speaking about how they balance childcare duties, she added: “It’s never been an issue for us to share childcare, he’d always get up in the middle of the night and sit with them for hours.

“I feel like I’m functional and lockdown has taught me how to play with my kids.

“Chris would play with them for hours, and not get bored, I’m in awe of that.”

That Gaby Roslin Podcast is available with new episodes every Monday.