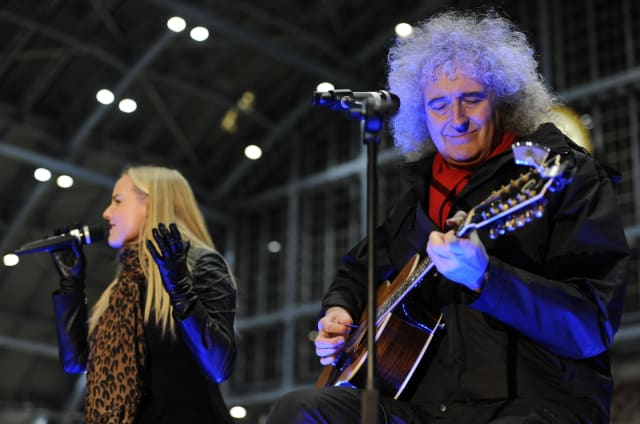 Brian May and Kerry Ellis are to release a Christmas song.

The Queen guitarist and West End star’s track One Beautiful Christmas Day will be released later this week.

The song includes Ellis’s vocals and is being released under her name but also features May on guitar.

May said: “The time is right for a new Christmas classic – and this is it.

“One beautiful Christmas wish for togetherness at the end of a tough year.”

Ellis said: “Working with the team creating this song has been amazing. It’s about appreciating each other and thinking of others at Christmas and having a beautiful day together and creating memories of a lifetime.”

She added: “I’m thrilled to release this single which is from the heart and means so very much to me.”

The song will be available on streaming and digital platforms from Friday.

May and Ellis have collaborated on a number of projects in the past, including their 2017 album Golden Days.