Nadine Shah: Streaming revenue not enough to keep the wolf from the door 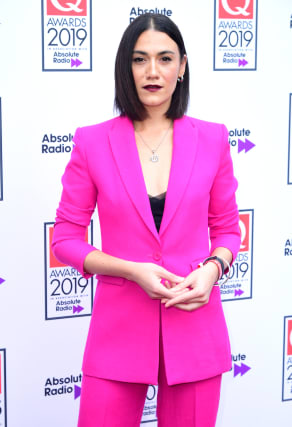 Singer-songwriter Nadine Shah has said her earnings from streams alone are not enough to keep “the wolf away from the door”.

The South Tyneside musician, who was giving evidence to a Digital, Culture, Media and Sport Committee inquiry into the effects of the revenue model, said there was a lack of “transparency” with regards to artists being paid.

The 34-year-old said that despite her commercial and critical successes, including a Mercury Prize nomination in 2018, she struggled to pay her rent.

Speaking to MPs, she said: “I don’t feel that it is that transparent. I could be asked many questions about the intricacies of what I earn and how many streams.

“All I do know is that my earnings from my streaming, they are not significant enough to keep the wolf away from the door.

The DCMS Committee is looking into how the streaming model has affected artists and record labels, following increased scrutiny prompted by the coronavirus pandemic.

“But here that is not really the case with me because I am a successful musician I am just not being paid fairly for the work that I make.

“Transparency? Like I said, often artists are encouraged not to ask these questions. I don’t think there is enough transparency, no, but the bottom line for me is that what is transparent is that I am not being paid and it’s the same for my fellow musicians.”

Spotify recently introduced a function where fans can donate to their favourite artists through a so-called “tip jar” on their page.

Shah said she thought it was “insanely condescending” and saw it as “an admission of sorts by that platform which says, ‘we know that you are not making enough’.”

She said she did not want to come across like she was “cap in hand”, but said she believed the move was “an admission that this system is not working for us”.