Caroline Quentin: We had a lot more up our sleeve for Strictly 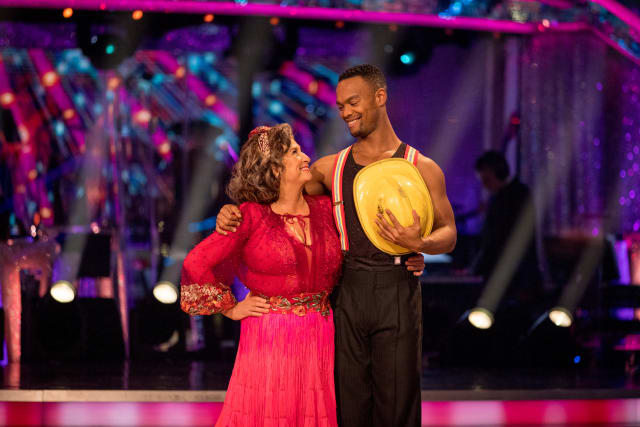 Caroline Quentin has said she and her dance partner Johannes Radebe had “a lot more up our sleeve” for Strictly Come Dancing.

The pair were axed from the BBC One celebrity dancing competition on Sunday after losing in a dance off with EastEnders star Maisie Smith and her partner Gorka Marquez.

Quentin told sister programme It Takes Two that they “had a lot more fun we were planning to have”.

“The best thing about doing this show is being in a room with a professional person who can teach you so much in such a short space of time,” she said.

“It is fabulous and it is also a bonus if you happen to be lucky enough to meet someone who feels like a part of a jigsaw that you have just been missing forever.”

She also said she does not regret licking Radebe’s arm during her routine on Saturday.

“I’d do it again tomorrow, I feel entirely unapologetic about it,” she said.

Quentin added that she has not “made a secret of the fact that I’m quite fond of Johannes”.

The actress also said she hopes she has not danced with him for the last time.

Radebe thanked the Men Behaving Badly star for showing him “that we were doing this for people at home”.

“She reminded me of that from the second we started this and we understood that we were going out there to entertain.

“I will forever carry that with me everywhere I go.

“It is not about you, it is about who you are giving to, so that for me is big.”