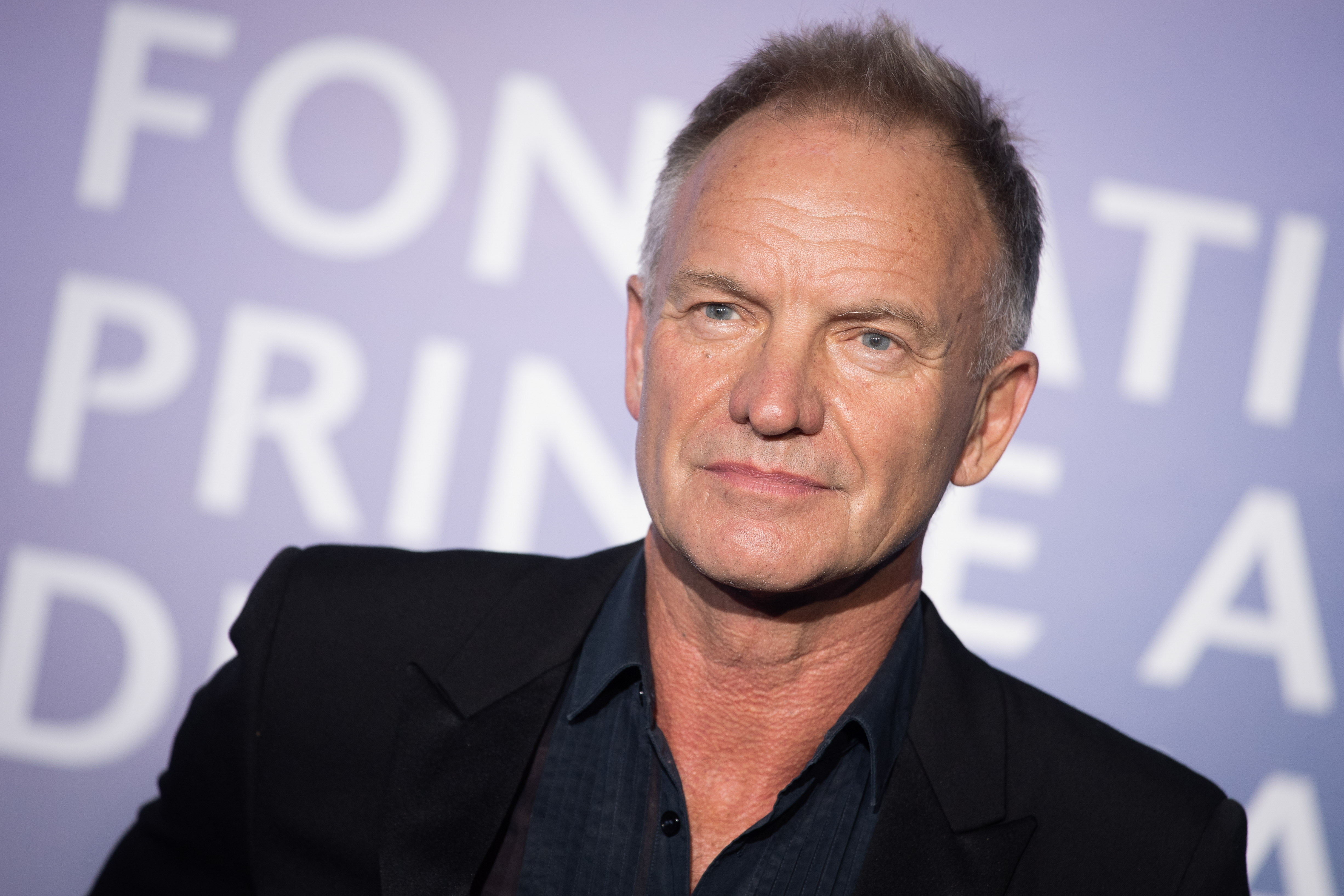 Sting is being accused of sexually assaulting a minor more than four decades ago, a new lawsuit shows. Through his attorney, he "categorically denies" the allegation.

The civil lawsuit, filed Wednesday in Arizona federal court and obtained by Yahoo Entertainment, alleges that the British singer (real name: Gordon Sumner) committed statutory rape by having sex with a 15-year-old "Jane Doe" after meeting at a Police concert in Scottsdale on May 14, 1979. He was 27 at the time.

Sting, as well as his the Police bandmates and the group's tour bookers, are being sued.

John Rosenberg, an attorney for the 17-time Grammy winner, says to Yahoo in a statement: "Sting has extraordinary compassion and support for any survivor of sexual assault who speaks out, but he categorically denies that this happened. Sting, who has not been served with a complaint, does not know who this person is. The first any of us heard about these allegations — from 1979 — was when we saw a press release issued by a law firm yesterday. The same press release attempts to solicit clients for the plaintiff's attorneys. Should this case proceed, we intend to vigorously defend it. Sting welcomes a thorough and open inquiry into this matter."

According to the complaint, the unidentified woman, who now resides in California, attended a meet and greet at a record store for the Police — then promoting their second album — and met the frontman. While there, she said she told him she was 15. That night, she attended the group's concert at Dooley's in Tempe, Arizona. Sting and his bandmates, which included Stewart Copeland and Andy Summers, walked through the audience and greeted fans. Doe claims Sting approached her, "talked to her briefly and asked her to sit on his lap during the opening band's performance."

After the Police performed, Doe alleges that Sting, who was married to first wife Frances Tomelty in 1979, invited her to a house party in Phoenix with him and others, including Summers. While there, they shared a chaise chair in the backyard and Sting "kissed [Doe], touched her breasts, and touched her genitals." During the interaction, she claims she again said she was 15 as well as revealed that she was a virgin.

Doe said she thought she would be going home after, but was taken to the Vagabond Inn in Tempe, where the band was staying across. Copeland allegedly was with them in Sting's hotel room at first, but then left them alone. Doe claimed Sting "removed his pants, exposing himself" and then there was oral and vaginal penetration, which she "did not and was not able to give free or voluntary consent to" as a minor child.

"After the rape in the hotel room, Sting led Plaintiff out of the hotel room and sent her home in a taxi," according to the court papers. There, Doe went to shower and discovered she was "bleeding" and "was in significant amount of pain."

Doe never saw Sting, who married second wife Trudie Styler in 1992, again after that — or heard from him, according to the complaint, but shortly after he wrote "Don't Stand So Close to Me," about a young girl lusting after her male school teacher. The lawsuit has a quote from Sting about that song's inspiration, "You have to remember we were blond bombshells at the time and most of our fans were young girls, so I started role playing a bit. Let's exploit that."

Within a year of the alleged rape, Doe said she "told her closest friends" about it. She later told several family members as well. She also spoke to several therapists about the incident through the years, as it has "caused and continues to cause [Doe] immense harm" and she "suffers from flashbacks every time she hears a song by the Police or Sting and every time she sees an image of him."

A jury trial is requested — and damages exceeding $75,000 are being sought. The complaint outlines claims of sexual assault/sexual abuse of a minor, intentional infliction of emotional distress, assault, battery and negligence with the Police also named as a defendant as well as the talent agency Frontier Booking International (founded by Copeland's brother Ian), which was in charge of booking the band from 1978-80.

However, as noted, Sting has not been served in this case, per his attorney, and his team only learned of it when seeing a press release about it on Wednesday.

In May 2019, Arizona signed a bill increasing the amount of time childhood sex assault victims can sue alleged attackers. It gives abuse victims until their 30th birthday to sue, a decade longer than before. It also opened a one-time window for victims who've missed the cutoff — like Doe — and they have until Dec. 31, 2020, to file suit.