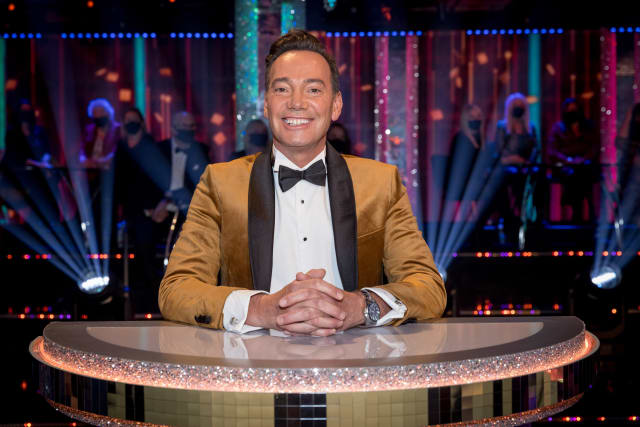 Strictly Come Dancing judge Craig Revel Horwood has dubbed Bill Bailey “the dark horse of the competition”, as he revealed he would like to see the comedian in the final.

Bailey and professional partner Oti Mabuse earned a 10 from judge Shirley Ballas and are in the top three on the leader board following their energetic choice dance on Saturday.

Speaking on ITV’s Lorraine, Revel Horwood said: “To be honest I am secretly actually loving Bill Bailey. I adore him, he just shocks me.

“Every time I see him dance, I am surprised, amazed and delighted. I never thought for one moment he would be able to do it.

“He doesn’t look like the type or the type of character… I love him, I would love to see him in the final. I think he is brilliant, the dark horse of the competition.

Professional dancer Anton Du Beke has been a guest judge on the panel while Motsi Mabuse self-isolates following an “urgent” trip to Germany.

On Du Beke, Revel Horwood said: “It was like a three-year-old coming in, sitting in his podium.

“I was absolutely delighted, darling, that finally he got the chance. Now I think he is going to be a little bit like Trump – difficult to remove.”

The TV judge and dancer, who has penned a new novel titled Dances And Dreams On Diamond Street, also spoke about Covid-19 restrictions and life behind the scenes on the BBC One series.

He told Lorraine: “I have got into the swing of it. It was difficult at first as we were so used to obviously hand-shaking, hugging one another… being two metres apart from everybody in the studio is really, really difficult.

“I have been there from the beginning since May 2004 and I know a lot of the crew and normally we are quite pally with everybody. You just can’t mix at all.

“I am in my little room upstairs just waiting for my cue to go down to the studio and you have to walk in procession two metres apart and only one person is allowed on the stairwell at any one time.

“So it’s not as it used to be, but it is bringing entertainment to the nation and I think at this point in time, leading up to Christmas, that is so important to people, knowing that there is some normality in life.”

Rylan Clark-Neal, host of spin-off show It Takes Two, has also been self-isolating after coming into contact with someone outside of work who tested positive for Covid-19.

He has dubbed his time at home “Rysolation” on social media, and tweeted: “RYsolation: done about 24,000 Xmas lights over the last 2 days. I can’t wait to get back to work”.

The show’s first same-sex couple, boxer Nicola Adams and dancer Katya Jones, will return to the series for a final dance in the upcoming weeks after being forced to leave the show when Jones tested positive for Covid-19.

Strictly Come Dancing continues on Saturday at 7.15pm on BBC One.