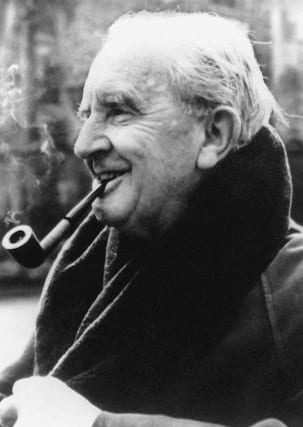 A “treasure-trove” of previously unreleased essays from Lord Of The Rings author JRR Tolkien exploring the vast and intricate fantasy world he created will be published next year, HarperCollins said.

Titled The Nature Of Middle-earth, the collection will “transport readers back to the world” of Tolkien’s best-known works, the publisher said.

The author’s beloved high fantasy sagas The Hobbit, published in 1937, and The Lord Of The Rings, which arrived in 1954 and 1955, are international best-sellers that have been adapted into multi-billion pound Hollywood films.

The new collection, set to arrive in June 2021, will explore the lore of Middle-earth, including fantastical themes such as Elvish immortality and reincarnation and the geography of the lands Tolkien’s books depict.

Chris Smith, HarperCollins deputy publishing director, said: “It is well known that JRR Tolkien published The Hobbit in 1937 and The Lord Of The Rings in 1954-5. What may be less known is that he continued to write about Middle-earth in the decades that followed, right up until the years before his death in 1973.

“For him, Middle-earth was part of an entire world to be explored, and the writings in The Nature Of Middle-earth reveal the journeys that he took as he sought to better understand his unique creation.”

Mr Smith added: “This new collection is a veritable treasure-trove offering readers a chance to peer over Professor Tolkien’s shoulder at the very moment of discovery: and on every page, Middle-earth is once again brought to extraordinary life.”

The collection will be edited by leading Tolkien expert Carl F Hostetter, the head of the Elvish Linguistic Fellowship and a Nasa computer engineer.

Tolkien died aged 81 in 1973. His formative years were depicted in 2019 film Tolkien, with Nicholas Hoult cast as the author.