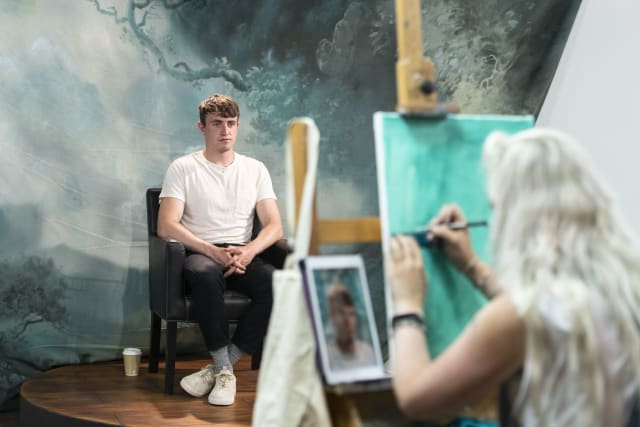 Normal People star Paul Mescal admits he might be a “fidgety person” as he sits for the Portrait Artist Of The Year competition.

The Irish actor strikes a pose for the contestants in a first-look clip of the new episode of the Sky Arts competition series.

One of the painters exclaims: “My friends are going to be so jealous,” as Mescal takes a seat for the session.

The actor tells host Stephen Mangan how Normal People, the hit adaptation of Sally Rooney’s novel, has changed his life.

He said: “I think it will be clearer in a couple of months when things go back to a little bit of normal,” adding he feels like he is in “the middle of the storm”.

Asked if he is a fidgety person, he said: “Probably, when I’m nervous.”

Paul Mescal’s episode of Portrait Artist Of The Year airs on Wednesday at 8pm on Sky Arts, and is available on Freeview channel 11.”