Harry Hill makes plea to save museums devastated by pandemic 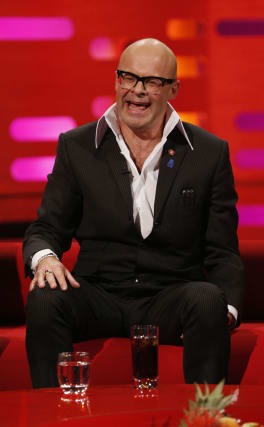 Comedian Harry Hill has warned that many museums may not survive the pandemic and told how they have made him feel “happier”.

More than half (60%) of galleries, museums and historic houses are concerned about their survival, according to Art Fund, which is launching a £1 million appeal to help museums “weather the storm”.

Hill, 56, said museums are the “nature of inspiration” but their precious collections could be “scattered to the four winds”.

He told the PA news agency: “We see them as permanent. Museums, on the whole, don’t close.

“But we’re in this bizarre situation where perhaps half of them are faced with closure if they don’t get some sort of bailout or hard cash.

“I’m afraid if people can’t buy tickets or souvenirs in the museum shops, then they are in trouble.”

Art Fund says only a third believe they can reopen in the coming months, after lockdown, and that only half (55%) have received emergency funding to date.

Finances have nosedived due to social distancing, and fewer visitors in the long term is “not sustainable”, it says.

The organisation has launched a crowdfunding appeal, Together For Museums, to raise £1 million.

TV Burp and World Of TV star Hill said: “From my own point of view, touring around the country, going to Manchester to do a TV thing, or Liverpool, if you’ve got a bit of spare time during the day, that’s what I do. ”

And the stand-up added: “If I’m ever stuck for an idea, or just not in a particularly sunny mood, I’ll go to an art gallery or a museum, because museums are full of ideas.

“Whether they’re ideas that people have had, or ideas that they’re having now…  that is basically the nature of inspiration.

“I will always come away from a museum or a gallery visit happier and more inspired.

“And the problem is you can’t necessarily put a price on that,” he told PA.

With “people being locked down… the effect on people’s mental health…  that’s another good reason for keeping these places going because they are a diversion,” the You’ve Been Framed star said.

He added: “Some people like to do sport. I don’t really do exercise. I’ve never set foot in a gym.

“You get a mental workout from a museum… I watch a fair bit of TV and you don’t necessarily feel great about yourself after watching three hours of How To Say Yes To The Dress!”

But he warned: “It’s always the first thing to go, unfortunately, because, on paper, you can’t necessarily see a balance sheet. Although… people spend millions of pounds in museums and art galleries in normal times.

“But for some reason, governments don’t see it as a priority…

“The museum sector, galleries, the arts, it always gets the thin edge of the wedge…

“Whichever government it was, the history is that they don’t back the arts in the same way as they back commerce.”

But Hill, who is an amateur painter and wood carver and collects paintings of dogs, warned they would be missed if they close.

It is “very easy to close somewhere but much, much harder to open (again) and that’s the problem… without personnel, without buildings, without people looking after this stuff, it just goes,” he said.

“When this pandemic is over, the last thing we want is for none of these places to be open because we are all going to be strapped for cash.

“We’re not going to go abroad, and we’ll want something to do…

And he added: “If they’re not preserved… then these collections will just be scattered to the four winds.”

Art Fund, the national charity for art, said museums are in a “perilous position” with visitor figures for October just 25% of what they were the same month last year.

It said the UK’s 2,500 museums were thriving before the pandemic hit,

Income is significantly or severely down for 77% of organisations, and 61% of museum and gallery workers are worried about losing their jobs.

She told PA that they are at a “critical point” and that “overall the picture is financially very bleak.

“We’re really urging people to come together and support museums so that they can weather this storm.

They “really can help rebuild our communities and our confidence as we emerge from the pandemic”, she said.

She said the Culture Recovery Fund was a “brilliant” Government fund “but the vast majority (of museums) were ineligible because they don’t meet those very specific criteria”.

Without museums, “so much will be lost… they reflect who we are and communities and our history and our potential and our futures. They allow us to imagine a future”.

Crowdfunding appeal Together For Museums is at www.artfund.org/together