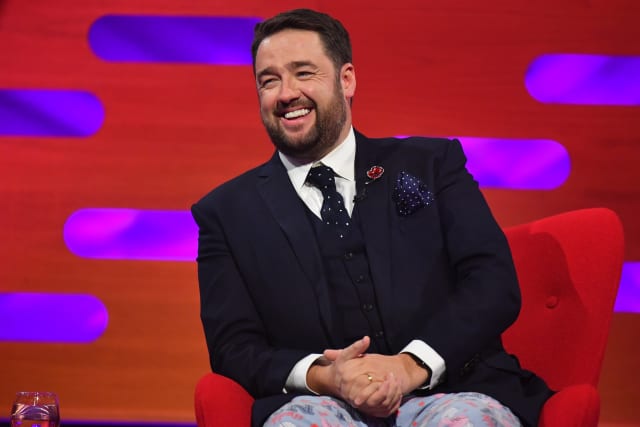 Jason Manford is to present the Royal Variety Performance as it returns to the north of England for the first time in nine years.

The comedian and actor, 39, will host the vaunted variety show at the Blackpool Opera House in the Winter Gardens Complex on November 29, for broadcast on ITV in December.

However, due to Covid-19 restrictions, this year’s edition will feature a “virtual audience” and the Prince of Wales will record a special video of thanks instead of attending.

The Royal Variety Performance was last held in Blackpool in 2009, and last took place outside of London in 2011 at Salford’s Lowry Theatre.

Acts this year include Captain Sir Tom Moore, who will appear remotely from his home for a performance with singer Michael Ball for their cover of You’ll Never Walk Alone.

There will also be a solo performance by Gary Barlow.

Musical theatre will return with Sheridan Smith reprising the role of Cilla Black for a performance from Cilla The Musical, while Samantha Barks from Frozen The Musical will also perform.

Other acts on the night include Celeste, Spice Girl Melanie C and the recently reformed Steps.

There will also be a musical comedy show from Britain’s Got Talent 2020 winner Jon Courtenay.

Manford said: “After appearing at the Royal Variety Performance three times since 2009, it is an honour and a privilege to be hosting the show this year.

“It’s been a hugely difficult year for everybody, so I hope that for a couple of hours on a cold winter’s night in Blackpool, we can take people’s minds off things and do what us Brits do best; have a laugh.”

The annual event, the world’s longest running entertainment show, is staged in aid of the Royal Variety Charity, whose patron is the Queen, and money raised will help support people from the world of entertainment.

“We have worked relentlessly to ensure that we can produce a Royal Variety Performance in some shape or form to raise much needed funds at this critical time.

“We are honoured that His Royal Highness The Prince of Wales has recorded a message of support for our charity, which continues to assist those from the world of entertainment, both young and old, since our formation in 1908.

“In 2020 our grants scheme has continued to operate throughout the United Kingdom, providing financial help for those from the world of entertainment, in all its forms.

“The Royal Variety Charity is proud to have been of assistance to those working in the industry during this particularly difficult year.”

Last year’s show at the London Palladium was hosted by Rob Beckett and Romesh Ranganathan – the first comedic two-hander in more than 30 years.