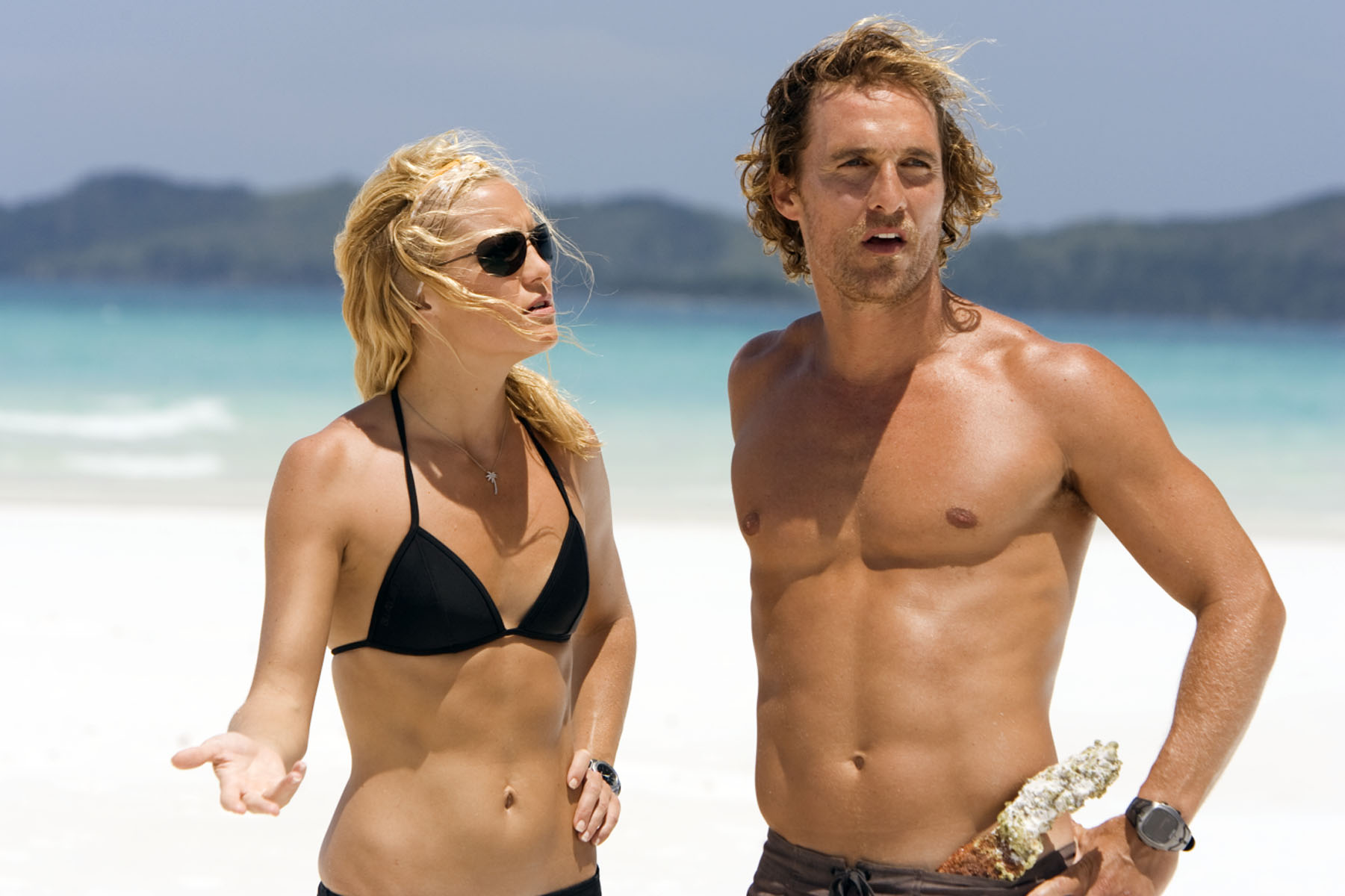 Hudson told pal Gwyneth Paltrow last month on an episode of the Goop podcast that every time she was supposed to smooch McConaughey, something got in the way of it being great. She specifically mentioned a key scene in 2008 rom-com caper Fool's Gold. "Like when we were kissing in the end of Fool's Gold, we're in the ocean, we like had the plane crash — he just had snot all over his face," Hudson recalled.

In a new interview with Yahoo Entertainment, McConaughey agrees their romantic scene in Fool's Gold was disastrous. He blames the circumstances.

"It's like, 'OK, here's the scene: You've just jumped from the helicopter. You're in the middle of the ocean. You go under the water, so on action, go into the water and then come up out of the water like you're gasping for air," McConaughey says, imitating a crew member. "You're glad to be alive! Then you look at each other and you swim to each other and [go] into an embrace."

All of this is not easy to do when you're trying to act romantic.

"Well, there's a lot of salt water and snot and all kinds of stuff that are in between those, and so you're doing that and you're like, OK, I think that worked, but did that look any good?" McConaughey says. "[They're] like, no, we better do another take. So there were always, like, elements that made it harder... We never got to have our nice romantic kiss, yeah."

McConaughey, who's promoting his new memoir Greenlights, also starred alongside Hudson in the 2003 rom-com How to Lose a Guy in 10 Days. In that one, the awkwardness came from the relationship between their characters. She plays a magazine writer trying to drive him away so she can write about it, while he's an advertising exec in a bet that he can make her fall in love with him. Neither knows it, and it doesn't make for many beautiful moments, although there are a few.

"So many of our... Kate and I's kisses have been awkward," McConaughey says. "We're still like, hey, can we ever get a kiss where it's just like the temperatures, right? The ocean's not wiping us away? Nobody's dropping stuff on us, above our head?"

Off-screen, of course, McConaughey shares his romantic moments with wife, Camila Alves. They married in 2012.