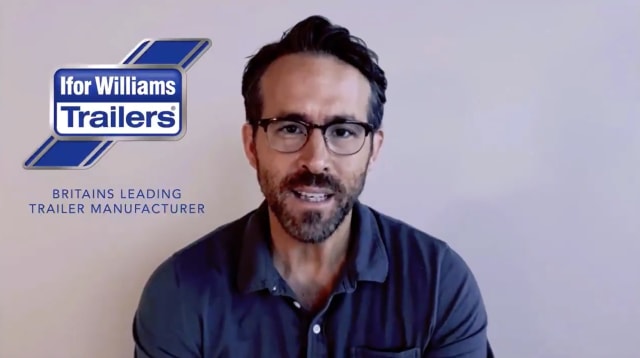 Ryan Reynolds’ ownership of Wrexham AFC was announced with a spoof advert for a trailer manufacturer.

“Not sure what to get your special someone this holiday?” asks McElhenney, creator and star of It’s Always Sunny In Philadelphia, in the clip.

Reynolds adds: “Tired of them opening the same old scarf or sweater?

He goes on to joke: “Nothing says ‘I’m thinking about you – and your horse’ like Ifor Williams Trailers.”

The clip caught the imagination of Wrexham fans and non-Wrexham fans alike, racking up a million views on Twitter in a little over two hours.

One aspect that gained particular attention was Reynolds’ singsong pronunciation of Ifor Williams.

One user on Facebook wrote: “Made an effort with the pronunciation as well……. no English investor would do that!”

When one account suggested the weather might not be to Reynolds’ liking, he replied: “I’m from Vancouver. I’ll live.”

Wrexham announced on Monday that the takeover bid from the two stars had been approved by the club’s supporters trust.

“Both parties will now proceed with finalising the details of the takeover, and we will update Wrexham supporters as soon as we can.”

Both actors tweeted the crest of the club alongside the caption “Wrexham Is The Name”.

Anne Hathaway insists motherhood is more than just a challenge

Lizzo wants to be the next 'Bachelorette'