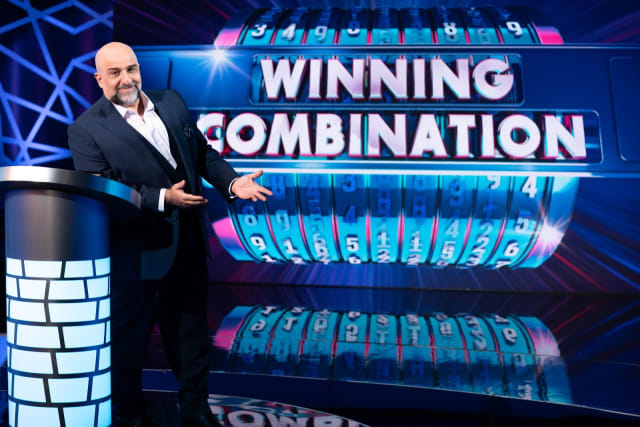 Omid Djalili has said his new gameshow will offer a twist on The Weakest Link’s famous catchphrase.

Winning Combination, which debuts on ITV, will see the 55-year-old comic and actor dismiss floundering contestants by shouting “Get out!”

He said the phrase was a riff on the BBC’s own long-running gameshow, where Anne Robinson would sternly send players home, saying: “You are the weakest link, goodbye.”

Djalili said: “Well, I remember 20 years ago when the catchphrase ‘You are the weakest link, goodbye’ was seen as the height of rudeness. It broke the geniality associated with quiz shows.

“Doing my best Brian Blessed impression shouting ‘Get Out!’ and dismissing the failed contestants as theatrically as I can, could be seen as a twist on Anne Robinson, I suppose.

“Every time I shout it at the contestants they start laughing because they probably have Anne Robinson in the back of their minds.

“It’s basically a joke on how rudeness has moved on in 20 years. And knowing they enjoy it is definitely a reason to look forward to that bit in the show every time.”

The show will see nine contestants randomly assigned a number between one and nine then compete in a series of fast-paced general knowledge rounds to get themselves, and their number, through to the final.

In the final, the top four players come together to try and win the four-digit jackpot defined by their numbers.

Djalili, who appeared as an argumentative Greek customs officer in Mamma Mia! Here We Go Again, said he hoped to reunite the cast for a celebrity special on the show.

He said: “Oh that would be great. I’d love Anne Robinson to do it. And Colin Firth. Lots of actors. Julie Walters. In fact why not a Mamma Mia Two reunion?

“Everyone should play this game. All of them would fancy their chances. That’s the beauty of it.

“The battle round… someone like Piers Morgan would do very well, he’d know who to take points from. He’d take to it like a duck to water.

“But my dream booking would be Brian Blessed. Imagine me dismissing him with a big ‘Get Out!’ and then he comes back with ‘No! You Get Out!’ and we go backwards and forwards like that for two minutes? TV gold.”

Djalili also revealed he had skipped an interview for a part in the first episode of Game Of Thrones, thinking the hit fantasy drama “made no sense”.

He said: “Yes. Well that’s one reason I couldn’t turn this opportunity down. Years ago I was offered a role in the very first episode of Game Of Thrones.

“I read the script and thought ‘This makes no sense’. All I had to do was go in and have a meeting, and I didn’t.

“It slipped my mind. Probably because I was convinced there was no point and nothing would come of it.

“I still haven’t watched it in case I love it. Because then I’d have to lock myself in a room and primal scream into a pillow for a week.”