Graham Norton reveals where he will be heading after Radio 2 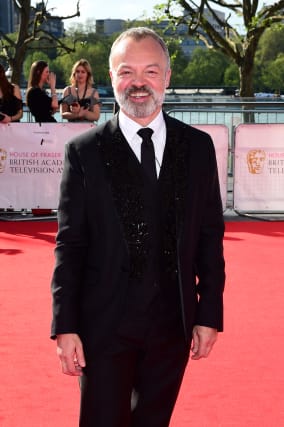 Graham Norton has revealed he will be heading to Virgin Radio – days after announcing he was quitting BBC Radio 2.

The broadcaster, who earns about £725,000 from the BBC for his Radio 2 show and some TV work, is following in the footsteps of ex-Radio 2 DJ Chris Evans.

He will host a weekend show on Virgin Radio next year.

Norton is thought to have made his decision after appearing on Evans’ Breakfast Show in recent weeks.

He said: “I am excited and a little surprised to be joining Virgin Radio UK in 2021.

“I was very content where I was but the opportunity to host shows across the weekend seemed too good to miss out on.

“Plus the energy and enthusiasm at Virgin Radio are infectious and I can’t wait to get started!”

He quipped: “Did I mention the studios are very close to my house?”

The chat show host will present his last Saturday programme on Radio 2 on December 19, 10 years after his first Saturday morning show for the station.

In 2018, then Radio 2 Breakfast Show DJ Evans shocked fans by announcing a return to Virgin Radio to host a rival breakfast show, almost 20 years after he left the station.

Evans was the second-highest earner at the BBC at the time, according to its annual figures, earning up to £1,669,999.

Norton joined Radio 2 in 2010 to host the 10am–1pm slot on Saturdays, taking over from Jonathan Ross.