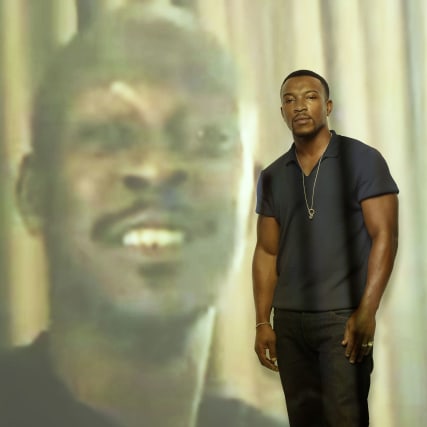 British photographer Rankin said he wants to “change the narrative” around death as he launched an exhibition exploring themes of loss and grief.

It features the subjects photographed next to images of loved ones they have lost.

Huq was pictured next to an image of her late father, Walters next to a projection of his father, who died from lung cancer, and Hunniford next to her daughter, TV presenter Caron Keating, who died aged 41 in 2004 after being diagnosed with breast cancer.

Rankin said: “What if ‘the conversation’ wasn’t so difficult? What if it was easier, reassuring, funny, joyful? What if it conjured memories of a full and happy life, rather than existential panic? It’s time to change the narrative.”

Hunniford, 80, said losing a child is “the deepest sense of loss you can ever face”.

“But I think to lose a child sends you into the darkest black hole imaginable and one which I never thought I’d get out of.”

Hunniford said it was advice from other parents who had lost children which helped her through her grief.

Walters revealed he had a troubled relationship with his father when he told him he had terminal cancer. His father flew to Canada, where Walters, 38, was shooting a film, and the actor videoed him in his final weeks.

He said: “It was after he had passed away, after I’d gone to the funeral, I remember a moment where I kind of wanted to call him. And then it hit me. I know it’s going to sound stupid but it surprised me how much I missed him and how much I loved him.

“Even though all that time I had to spend with him when he was there, I didn’t. And I think that was the main thing that shocked me, was just about how much I cared, because I’d been so adamant that I didn’t.

“I’d been so adamant that it wouldn’t affect me. But, I guess the bond between father and son, even though we didn’t have a tight relationship, is always there.”

The Rankin exhibition is available to view at lostforwords.royallondon.com